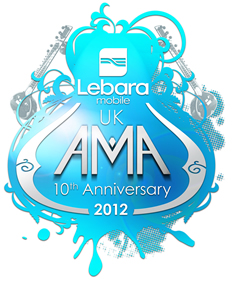 ORGANISERS of the Lebara Mobile UK Asian Music Awards will help launch the career of an unsigned act as part of its 10 year anniversary.
The Awards, which honour the year’s biggest music stars, will be held at Wembley Arena on 25 October.
The UK AMA Unsigned competition, a new addition to the awards, will give one unsigned act the chance to sing in front of a star-studded crown at the Awards ceremony in October.
The winner will also receive a production deal with Karman/Sony ATV giving them the opportunity to record their song in a studio session which will then be released through iTunes.
A specially selected UK AMA Unsigned judging panel will select the winner.
UK AMA founder Abs Shaid said the competition is a welcome addition to the awards night which celebrates its 10year anniversary this year.
He said: “The awards were first set up to recognise the growth and importance of Asian music in the UK. The event has grown each year and now attracts popular UK stars and established Asian artists from around the world.
“The 2012 awards are going to be the most impressive to date and it only feels right to give some support to the large number of up and coming Asian musicians still trying to get their big break, through the UK AMA Unsigned competition.”
Russell Atkinson, Managing Director Lebara Mobile added: “We are thrilled to announce the UK AMA Unsigned competition. We know there are so many talented unsigned Asian music acts out there and I’m sure we’re going to be inundated with entries.
“The UK AMA has always been instrumental in recognising and rewarding talent and this year it will go one step further by providing this fantastic prize for an up and coming musician to perform in front of thousands of people at Wembley. The awards are all about recognising Asian musical talent and we hope to find a real hidden talent in the search.”
The UK AMA Unsigned competition opens on 2 April and runs until September.
To enter the competition, performers must upload a video of themselves onto the UK AMA Facebook page – www.facebook.com/pages/UK-Asian-Music-Awards – and give a reason as to why they should win.
Five performers will be picked by the judging panel and invited to the UK AMA launch event in September where the overall winner will be announced.