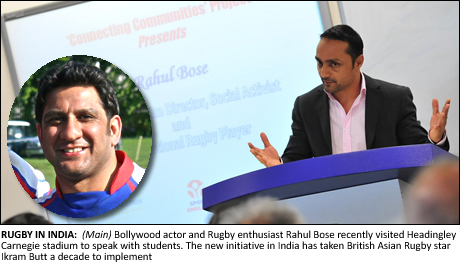 RUGBY League has finally established a solid foothold in India after almost of decade of hard work on the part of a number of organisations including the British Asian Rugby Association (BARA) and the Leeds Rugby Foundation (LRF).
The Bombay Gymkhana club, a sporting organisation used by many of the country’s richest individuals including a number of prominent Bollywood actors, has committed to building a Rugby League presence in the country and will be developing the sport for juniors, men and women in partnership with Ikram Butt, head of BARA.
Ikram, a dual code international having played Rugby Union for Pakistan and Rugby League for England, said it had taken him over a decade to implement the plans.
“This formal agreement has taken me well over 10 years to develop and was initially driven by BARA but is now being pushed by BARA, the Leeds Rugby Foundation and Leeds Metropolitan University,” he said.
“There has been a lot of stop and start with Rugby League in India, however, we now have an established premier club with over 135 years of history that is financially very well off and more importantly involving genuine people who want to see Rugby League develop. A few of Bollywood’s star names are also keen to help us promote the game.
The initiative follows recent visits by Bollywood actor and Rugby enthusiast Rahul Bose to the UK. He was joined by Bombay Gymkhana Committee Member Chaitanya Sinh during a visit to Headingley Carnegie stadium to speak with students.
Ikram also visited India earlier this year where he put a number of players new to the game through their paces and presented the Bombay Gymkhana club with 22 junior Rhinos jerseys.
He hopes the new initiative will not only help boost the appeal of the game across South Asia, but also amongst Asian communities here in Britain.
“This is a big step closer to a vision of seeing Rugby League played throughout South Asia with a similar initiative in Pakistan to be announced later this year,” Ikram said.
“Bombay could well be a good venue for a World Club Challenge fixture or a Super League clash in years to come and this link up will have a significant impact within our own local South Asian communities.”
Paul Rowson, Executive Chair of the Leeds Rugby Foundation, added: “We are delighted about strengthening our relationship between the Bombay Gymkhana club and Leeds Rugby Foundation and are really keen that this continues and grows. We look forward to hosting Chaitanya Sinh in Leeds next March to further discuss and explore opportunities of working together.”
Ikram, the founder of BARA, manages Connecting Communities, Leeds Rugby Foundation’s biggest project to date, and was recently awarded a Doctorate in Sport Science by Leeds Metropolitan University for his pioneering sport development initiatives within the UK and abroad. 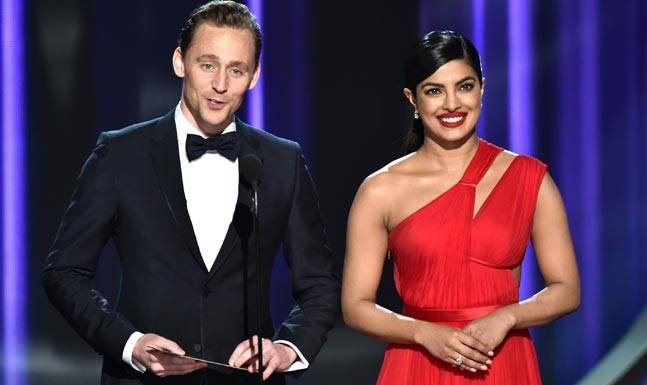 Priyanka and Hiddleston Flirt up a Storm!

‘We may never know his reasons for brutal murder’

Anti-Islam protestors ‘not welcome’ in Manchester

WMP Recruits Only One Black Officer Since 2010