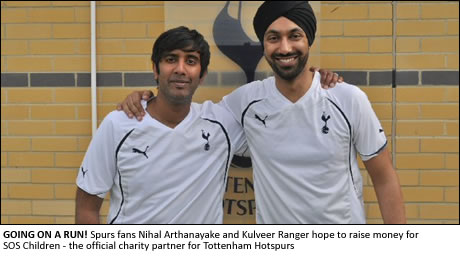 RADIO 1 DJ Nihal Arthanayake and the Mayor of London’s Director of Environment and Digital London Kulveer Ranger will prove their devotion to Premiership club Tottenham Hotspurs – by running in the British 10k London Run next month.
The duo – self confessed die hard fans of the club – were invited by Tottenham to take part in the run in a bid to raise money for SOS Children, the club’s official charity partner.
Naturally the men jumped at the chance and were duly put through their paces at the club’s hi-tech gym under the watchful eye of Sam Erith, Head of Sports Science, Fitness and Conditioning at Tottenham.
But after a session which involved set times on a bike and treadmill, Sam admitted the lads needed a lot more training to get into shape ahead of the big race in July.
He said: “Let’s just say that our results suggest these guys are going to need plenty of support to get in shape for this run, so any sponsorships or words of encouragement during their subsequent weeks of sweat and tears will go a long way to help!”
Speaking about the forthcoming run, Radio 1 DJ Nihal said: “It was amazing to have shared the gym equipment that the Spurs players themselves use – it was also sobering to discover that my post-club DJing diet of kebabs and chicken burgers has taken its toll, leading to me having a body fat level equivalent to that of three Spurs players! I am looking forward to raising a lot of money for SOS Children’s Villages and my wife I’m sure will be happy with me losing my love handles in the process!”
Kulveer added: “As a lifelong fan it was a dream come true to be put through my paces by the Spurs fitness team. However, it soon turned into a nightmare as I realised that I’m a million miles away from being match fit for a 10k run! But the motivation of raising lots of cash for SOS Children and to support the great work they do has persuaded me to give up the calorific fast food on-the-run diet that is the lot of a Mayoral adviser. Instead, for the next eight weeks, I promise to make time to pick a healthy option, eat more fruit and veg and actually do some proper running that is not from meeting to meeting!”
If you want to sponsor the lads log onto www.justgiving.com/NihalandKulveer 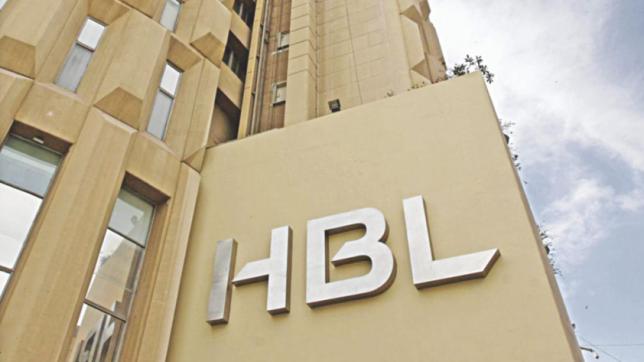 US Shuts Down Pakistan’s Habib Bank Over Terror Link Concerns

A First For Obama and India

Ahmed all set for coaching stint