Youngster has the right formula to become F1 Champ! 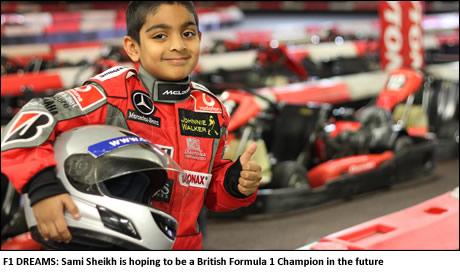 AS the Formula 1 season gets under way there is one young boy who is dreaming of his own podium finish.
Seven-year-old Sami Sheikh from Manchester wants to be the future of racing and there’s nothing to suggest this strong-willed little boy won’t be.
Backed by mum Amber and dad Saleem, Sami is already preparing for life in the fast lane at the Daytona Indoor Karting venue in Manchester.
“I love Formula 1 and Go-Karting at Daytona. It is the closest I can get to the Formula 1 driving experience at my age,” Sami tells The Asian Today.
“I love everything about Go-Karting. When I put my helmet on, I’m in my own world and able to express my emotion and passion for racing.”
Sami was introduced to Daytona on his seventh birthday – a present from his parents.
The youngster took to it like a duck to water and today is part of the centre’s Formula Bambino classes which are aimed at honing the racing credentials and on-track instincts of advanced child learners against the clock.
Sami hopes to take his Daytona experience further as he looks to the future as a Formula 1 champion.
Citing British drivers Lewis Hamilton and Jenson Button as his F1 heroes, Sami is confident his dream can one day become a reality.
“If I work hard in school as well as training on the circuit, I believe it’s something that I can achieve with the right focus and commitment,” he says.
“I would like to finish my education, as it’s important to have a foundation as a back up. I plan to work hard, win trophies, gain a scholarship or sponsorship with a major Formula 1 team with the intention of representing my country at professional level.”
But Sami’s achievements to date wouldn’t have been possible had it not been the overwhelming support from his parents. At the age of one, mum Amber, 30, and dad Saleem, 38, brought Sami his ‘first car’.
“Sami always had toy cars just like any boy toddler but his real interest in driving was after Saleem and I gave him a electric powered buggy for his 1st birthday,” mum Amber says.
“He drove the car everyday until he could no longer fit in it. I think he loved the car more than us! As with any child, the main focus is on education but we know that while he has a talent for driving, more importantly he has a passion for it. We as parents want the best for Sami and encourage his passion, talent and enjoyment for driving. However, if he didn’t want to pursue it, then we would not force him.”
With everything, both Amber and Saleem have had to make sacrifices to support Sami’s dreams. But it’s a sacrifice they believe is worth every penny.
“In order to encourage him further in the sport, we as parents reward him with driving accessories like the suit, gloves and a helmet,” Amber says.
“These products are quite expensive so we had to save up. Besides the financial aspect we have to sacrifice our time and this will increase as he gets older. However, we will do anything to help our boy achieve his dream of becoming an F1 champion.” 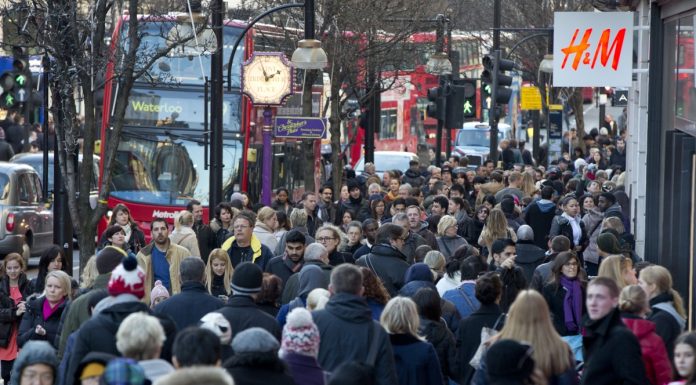 Entrepreneur Once Worth £90m Now Living On Rent

The Destruction of Holy Sites in Mecca & Medina

A Tale of Two Cities