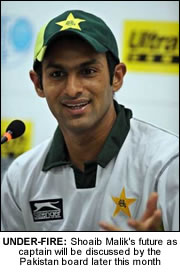 PAKISTAN’S Shoaib Malik has shrugged off rumours surrounding his future as captain.
Malik has come under scrutiny following Pakistan’s dip in form since he was appointed captain after the team’s first-round exit from the World Cup in 2007.
Former captain Inzamam-ul-Haq claimed Malik’s inexperience was costing the team results, while batsman Mohammad Yousuf blamed his captain’s lack of respect for his decision to join the rebel Indian Cricket League.
But Malik, whose future will reportedly be discussed by the Pakistan Cricket Board later this month, said he was more focussed on his team then his own position as captain.
“For me the more important thing than captaincy is how I perform for my team as one of its members,” Malik said at a press conference in Karachi.
By their own admissions Pakistan have had one of their most barren years with a number of teams refusing to play in the country for security reasons.
The team have not played one single Test match on home soil and have been forced to play one ‘home’ series overseas.
The coveted Champions Trophy was another casualty after it was postponed when a number of teams, including England and Australia, said they would not fly out to Pakistan.
But Malik is hopeful 2009 will be a better year for Pakistan cricket.
He said: “We have Australia coming here and then several tours and the Champions Trophy at home. I’m confident that the team will do well in 2009.”
Malik was also convinced bowlers Shoaib Akhtar and Mohammed Asif would return to the team next year.
Suspensions, injury and form all blighted Akhtar’s return to the team this year, while Asif’s future remains unclear as he faces a two-year-ban for testing positive for banned anabolic steroid nandrolone during the inaugural Indian Premier League (IPL) season in May.
“Both Shoaib and Asif are determined to come back in the (Pakistan) team and I’m confident that they will,” said Malik. “The two players have been training hard and I’m sure they would be a great asset for Pakistan once they come back,” he stressed. 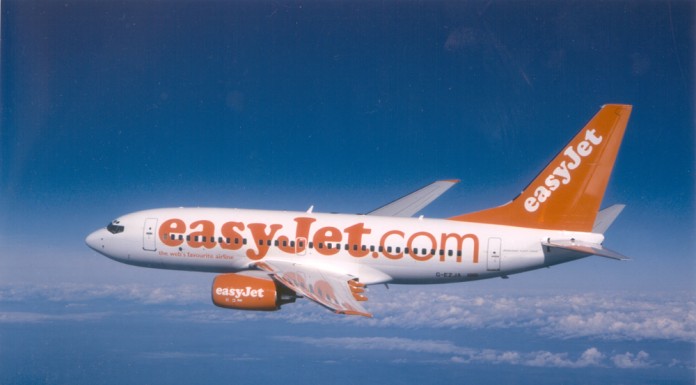 Trojan Horse Inquiry ‘Must be Tough’

you are likely to visit your financing another busine time period.