Home Sports ‘Tour decision out of our hands’ 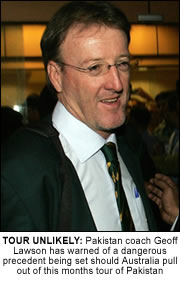 PAKISTAN coach Geoff Lawson has admitted his side’s impending series against world champions Australia is unlikely to go ahead.
Australia are due to travel to Pakistan later this month but have dragged their heels in saying whether they will actually travel citing security concerns.
Cricket Australia (CA) and the Australian Cricketers’ Association are expected to meet with foreign ministry officials this Wednesday to discuss the situation following a series of bombings in Pakistan over the last four days.
A security delegation was expected to travel to Pakistan to assess the situation but even that has been called off.
Coach Geoff Lawson said he was not hopeful over the tour.
“The (Pakistan Cricket Board) seems to be pretty negative about (the tour), only because the correspondence they’ve been receiving from Cricket Australia has been negative,” Lawson told the Age. “Pretty much everything they’ve heard from CA has been a hedging of bets in case they decide not to come.
“The PCB have been pretty disappointed by the comments. Everyone here knows there would be no problem with the tour, yet the more likely scenario seems to be that it won’t happen from what we’re hearing.”
Australian all-rounder Andrew Symonds is the only player to publicly state he does not want to travel to the country, although some reports have suggested a number of senior players are voicing their concerns over security in Pakistan.
Lawson said the decision on whether Australia would honour the tour would be hugely important for the future of international cricket in Pakistan.
“When people here read what Symonds has had to say about touring Pakistan, there is a lot of shaking of the head”, he said. “There is no knowledge behind those comments whatsoever. Australian players don’t realise how important the game is to other countries.
“This decision is far bigger than just the fate of a few matches. It’s the precedent it would set, it would give everybody an out from coming here because ‘that’s what Australia did’.”
If the tour is cancelled it will leave the Pakistan Cricket Board with a serious problem in filling their schedule with the team not scheduled to play next until June in the Asia Cup.
The PCB had offered to host India for a three-game ODI series later this month but it was turned down by the Board of Cricket Control India. 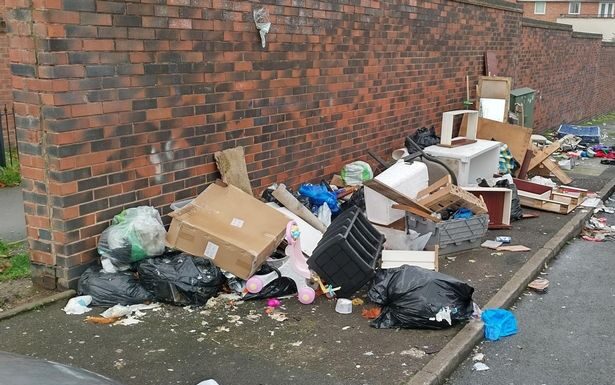 ‘We’ve moved on from Lahore’

Released last year, the software promises to convey more than 6 million users across...

No-cost dating sites in asia without re re payment ver australian pals. All of...