Pakistan and India to meet for Independence match 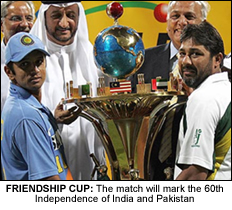 PAKISTAN and India are to meet in Glasgow in July in a special charity match to mark their 60th anniversary of Independence.
The match, called the Friendship Cup, has been organised by the British Asian Trust, a new subsidiary of the Prince’s Charities Foundation, set up to fund community projects in these areas.
It is expected to raise over £2.5 million for charities in Bangladesh, India, Pakistan, Sri Lanka as well as in the United Kingdom.
The match will be played at the Citylets Titwood, Beaton Road, Glasgow on Tuesday 3rd July. Up to 5,000 seats will be available for the match, with an on-line ballot for tickets.
The original idea behind this match came from HRH The Prince of Wales, who hopes that the match will serve to mark the 60th Anniversary of Indian and Pakistan’s Independence and help to foster on-going relations between the UK and South Asia. His Royal Highness has visited India and Pakistan on official tours in the past 18 months.
Lalit Modi, Vice President of the Board of Cricket Control in India (BCCI) said: “We are very pleased to confirm that the Indian National Cricket Team will be playing this one day international against Pakistan under the banner of The Friendship Cup benefiting The Prince’s Charities.
“This will be an amazing occasion as both our nations have not met outside the World Cup or the ICC Trophy in the United Kingdom. With such large Indian and Pakistani origin populations it will be a fantastic opportunity to play such a match in aid of such a wonderful cause. The game was His Royal Highness’s idea and we are pleased that together with Cricket Scotland we have been able to put this into our tour of the United Kingdom.”
Zakir Khan, Director of Cricket Operations for the Pakistan Cricket Board (PCB) said: “Pakistan Cricket Board is very pleased to declare that the Pakistani National Cricket Team will be playing a one day international against India under the banner of The Friendship Cup in Glasgow, Scotland on Tuesday 3rd July, benefiting The Prince of Wales’s Charities.
“The match was The Prince of Wales’s concept and we are very pleased that we have been able to make this game happen with the help of Cricket Scotland and the BCCI. Glasgow will be a great venue as there is a great passion for cricket across the UK which will make it a fantastic match, collecting funds for a most worthy cause.” 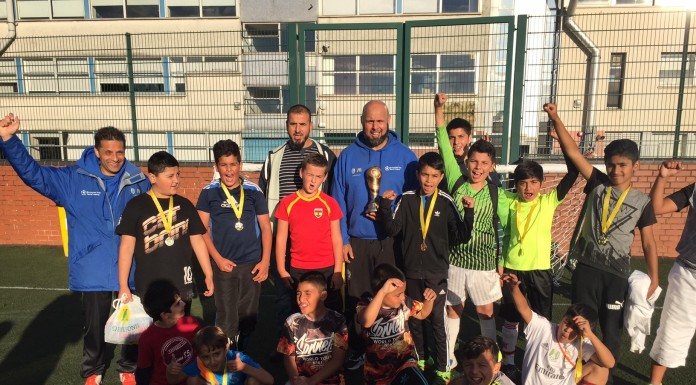 Without a doubt more about how exactly to Stop Thinking About some body: 10 procedures