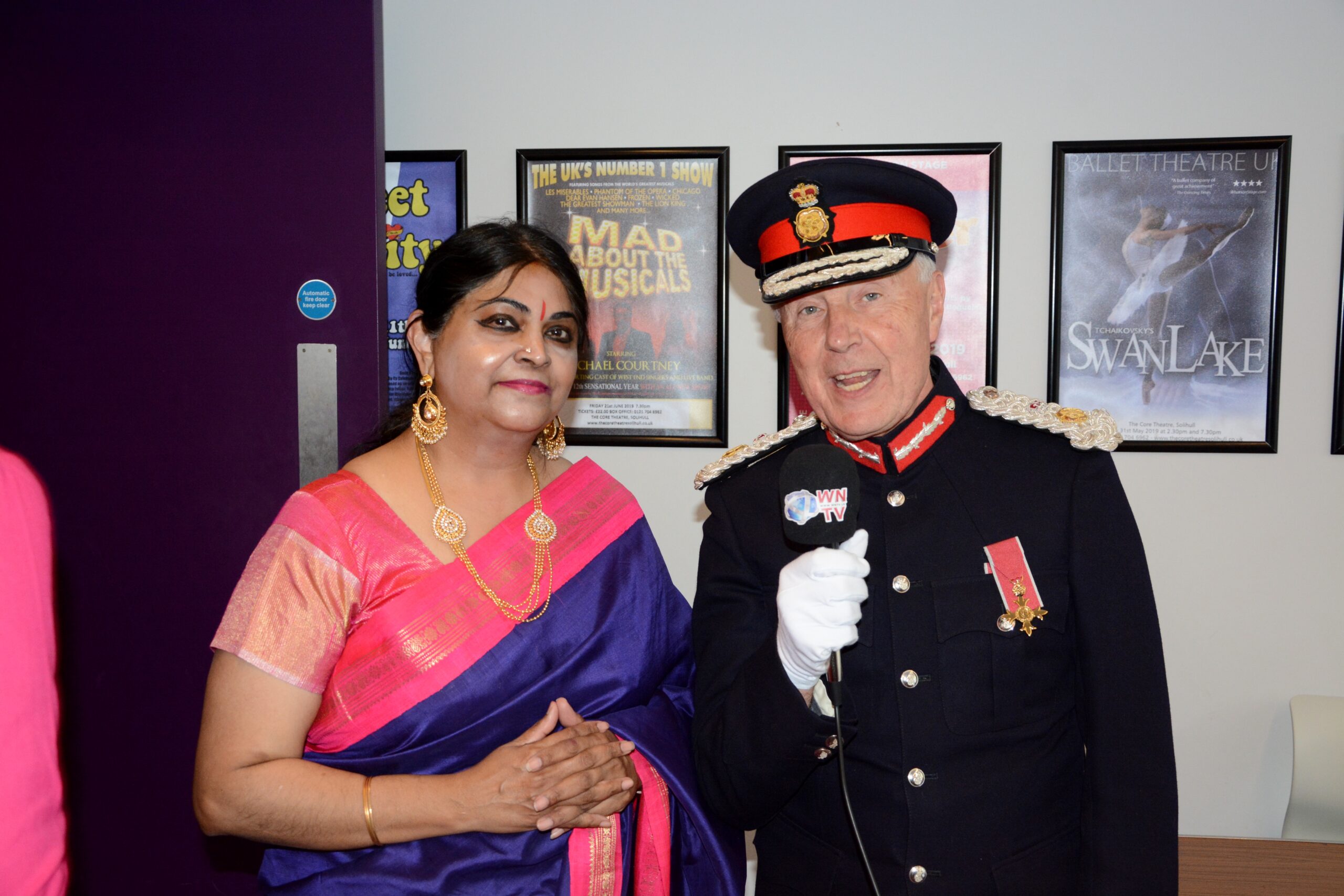 ‘My humble congratulations to Dr Chithra Ramakrishnan on being recognised for her passion. She continues to promote social cohesion and British Values through Carnatic music, inspiring people from all walks of life’ – Andy Street CBE, Mayor for the West Midlands
One of Great Britain’s leading South Asian dance and music choreographers and a specialist mental health champion has been recognised in the Queen’s Platinum Jubilee Birthday Honours.
Dr Chithra Ramakrishnan, a Fellow of the Royal Society of Arts (FRSA), has been awarded a Member of the British Empire (MBE) for services to the promotion of South Indian classical music and dance.
The delighted mum-of-two from Solihull in the West Midlands, who is, among other roles, the Founder and Director of the popular annual non-for-profit World Music Conference, said: “I am genuinely humbled by this prestigious honour. I attribute this award to my Late parents, my family and well-wishers, at home and abroad, who have believed in me, supported me and have stood shoulder-to-shoulder with me on my journey thus far.”
Dr Ramakrishnan is also the Founder and Artistic Director of ShruthiUK, a South Asian Arts organisation, which was set up in 2005 in Leeds, and of the British Carnatic Choir, established in June 2015 in Birmingham.
ShruthiUK aims to connect diverse cultures and create inter-community links through dance and music to help make a positive change to the lives and livelihoods of those who wish to be part of this journey. It aims to inspire and motivate people from all ages and all walks of life, particularly those from disadvantaged backgrounds.
British Carnatic Choir, which is believed to be the only one of its kind in the UK, aims to bridge links between people and communities across the nation and give them an opportunity to learn or experience this specialist South Indian music style. In addition, Dr Ramakrishnan offers specialist workshops through music and dance, as her way of championing the Mental Health agenda which, following the Covid-19 pandemic, has become more important than ever for the health and well-being of everyone.
Andy Street CBE, Mayor for the West Midlands, said:“My humble congratulations to Dr Chithra Ramakrishnan on being recognised for her passion. She continues to promote social cohesion and British Values through Carnatic music, inspiring people from all walks of life.
Hats off to her perseverance, dedication and commitment to a specialist form of music and dance which is clearly an effective way of connecting hearts and minds at home and abroad.”
Echoing the Mayor’s comments, Dr Shashank Vikram, Consul General of India in Birmingham, said:“Delighted to hear that Dr Chithra Ramakrishnan is among those recognised in the latest Queen’s Honours List. Well deserved. We have had the pleasure of working in partnership with Dr Chithra whose remarkable work and efforts continue to inspire, educate and empower diverse communities within and outside our region.”
She is a recipient of a number of awards. Among these, in 2018, Dr Ramakrishnan was recognised by Solihull Metropolitan Borough Council for “outstanding achievement and commitment to the community in Solihull”, as part of the Solihull Civic Honours initiative.
Adding his congratulations, the Lord-Lieutenant of the West Midlands, John Crabtree OBE, said: “Making up the fabric of the West Midlands are some amazing people who work hard to deliver a better, brighter and kinder place. Dr Ramakrishnan is a shining example. These people with big hearts are often known within their neighbourhoods but fail to gain the wider credit they deserve.”
Paul Sabapathy CVO CBE, former Lord-Lieutenant for the West Midlands, and mentor to Dr Ramakrishnan, said: “Well done to Chithra. She is entirely deserving of this Royal honour and I’m genuinely pleased for her. Chithra radiates and raises even greater awareness of her passion for South Indian music and dance to everyone she comes across. Long may she continue to prosper.”
Pic above: Dr Chithra Ramakrishnan MBE with John Crabtree OBE