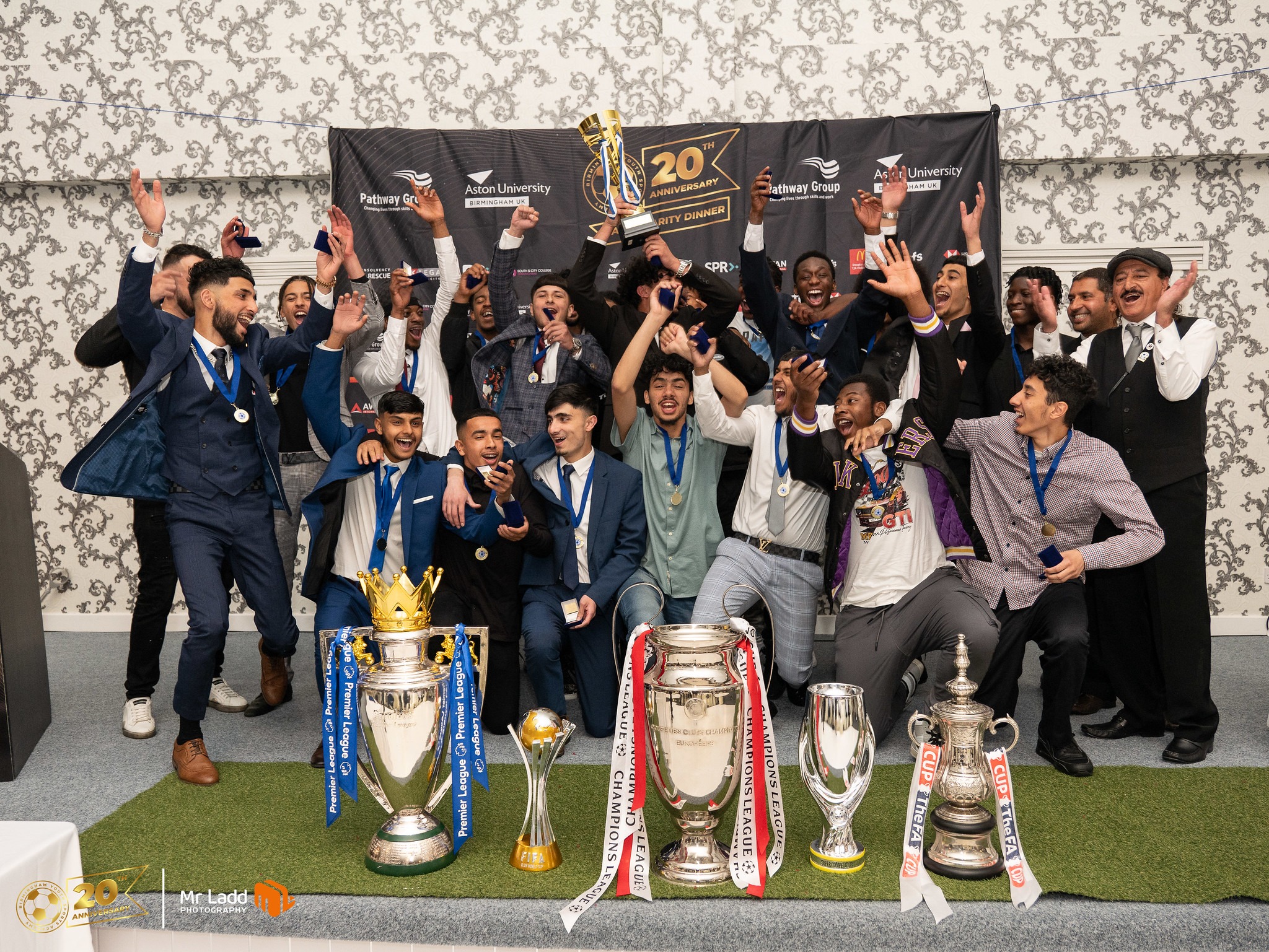 Birmingham Youth Sports Academy (BYSA) end of season awards dinner took place on the 12th June 2022 at the newly built HRA banqueting hall with 500 guests in attendance, ranging from all the competitive teams boys/girls, parents, sponsors, ambassadors, volunteers, friends and family to celebrate the 10th year in playing competitive league football. The event celebrated the great players that were awarded there rightful titles and as always everyone is a winner at the BYSA.
The event was hosted by the founder Anwar Khattak, with an inspirational opening opening speech from the co-chairs, Professor Paul Cadman and Jamil Shabir.
Starting the event with BYSA under 17’s team league winners of the central Warwickshire youth football league led by manager Shakeel Hussain and coach Umar Shireen giving the following awards out to:-
Moving on to the BYSA under 15’s team led by manger Bakthyar Hussian and coach Viqas as follows:-
The girls football development has been growing from strength to strength, having over 50 girls in attendance with their families was a massive achievement. Awarding the girls team that has newly been formed and then calling the remaining girls on to the stage. The energy and vibe in the room was second to none showing the Asian girls respect from start to finish was amazing, they all were awarded by head coach Amina Begum and coach Khizar Sharif, who have done amazing in preparing the girls for league competitive football. The remaining coaches in attendance keeping the project interesting and active in getting the kids to the next level.

The evening moved on to celebrating and awarding on stage the following:-
Finally ending the event with a closing speech from the founder, reminding everyone that nothing is impossible in life and said “there are many things in life that occur good, bad, pass, fail, win, loose, draw, rights/wrong and do’s/dont’s it’s all part of life, we wish everyone the very best we welcome everyone with open arms in helping and giving back to the community.”

A special thank you to the following who made the event special from start to finish:-

The food was provided by Johal’s Catering with a three course meal.