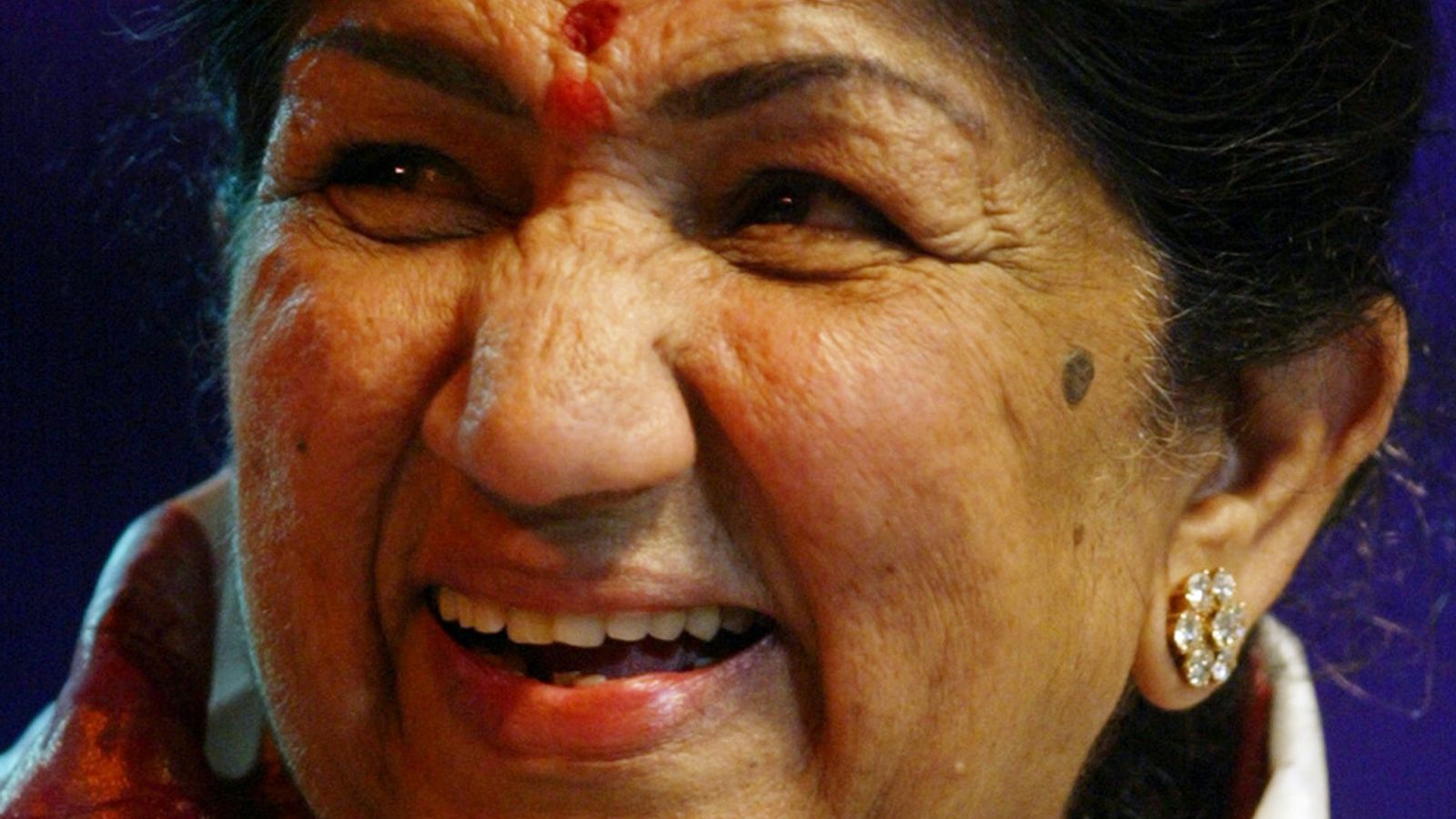 The Queen of melody, singer Lata Mangeshkar, one of India’s biggest cultural icons, has passed away aged 92.

The star was hospitalised on January 11 with Covid but this Sunday morning died of multiple organ failure at the Breach Candy Hospital in Mumbai.

Born in 1929, Mangeshkar’s career spanned eight decades – from the era of Frank Sinatra to Adele – having begun singing on stage aged just nine.

The singer went on to perform an estimated 15,000 songs in more than a dozen languages, her voice has rung out of television sets, on crackly airwaves and from movie theatres and was the voice of Bollywood, working with nearly every director, actor and actress in the industry.

Known as the “Melody Queen” and “Nightingale of India”, she enthralled listeners with her lilting voice and singing everything from patriotic songs to romantic numbers, both in films and albums.

Her career-defining moment came in the epic historical Mughal-e-Azam, a romantic tragedy that was released in 1960.

The film’s iconic song Pyar Kiya To Darna Kya? (Why fear if you are in love?) is considered one of the defining songs of Bollywood films.

Even in her advanced years she sang songs for actresses a third of her age.

Mangeshkar fought for giving playback singers their rightful place in cinema and refused to perform in film award ceremonies until a separate category was created for playback singer.

News of her passing away has shocked the world, Bollywood personalities and politicians offered condolences.

“I am anguished beyond words,” India’s Prime Minister Narendra Modi tweeted as he reacted to the news.

“The kind and caring Lata Didi has left us. She leaves a void in our nation that cannot be filled.

“The coming generations will remember her as a stalwart of Indian culture, whose melodious voice had an unparalleled ability to mesmerise people.”

The country’s president Ram Nath Kovind has described her death as “heart breaking”.

A two-day national mourning will be observed with the national flag will flying at half mast, according to government sources.

She is survived by her four siblings, who are all accomplished singers and musicians.