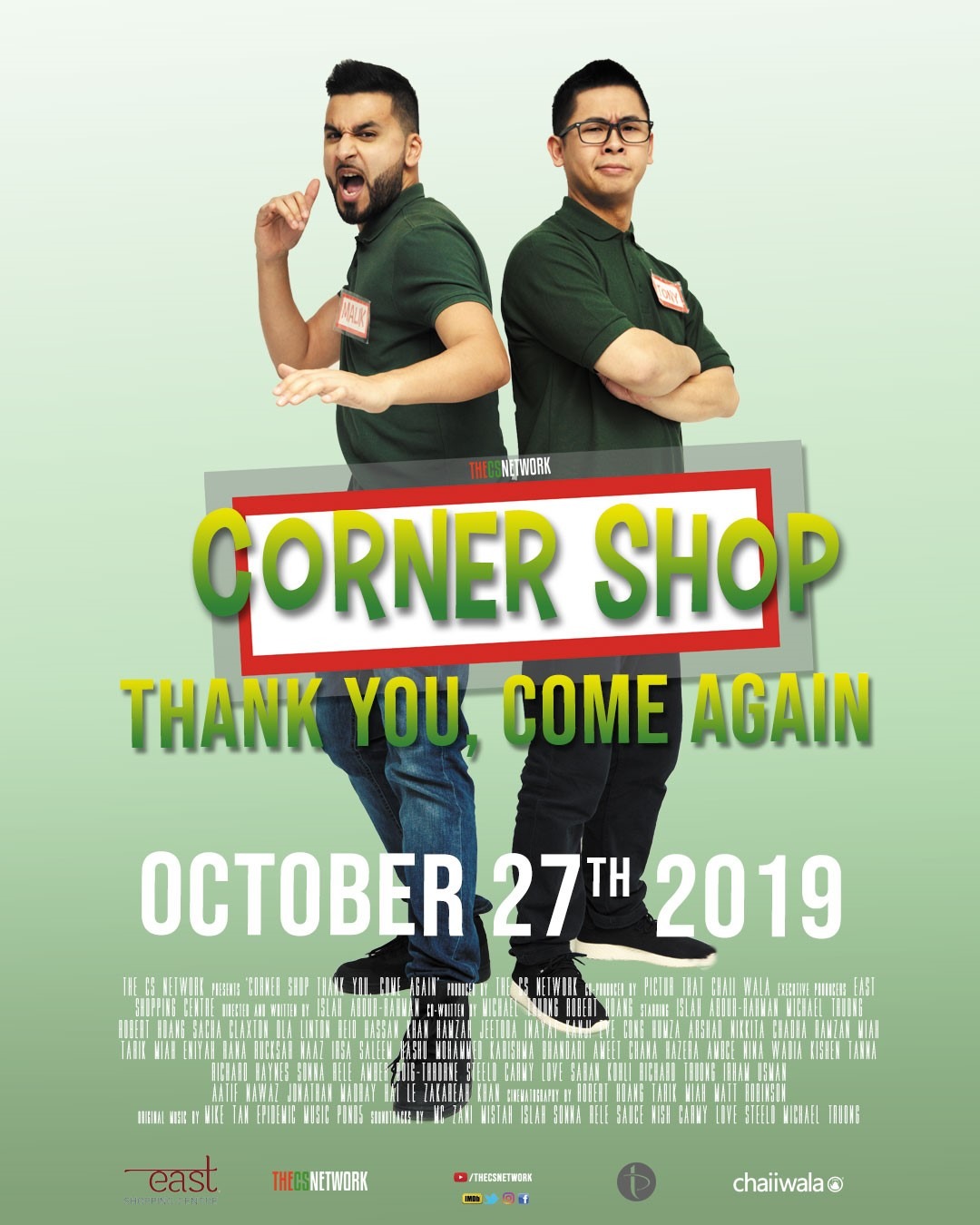 This Corner Shop Feature film wasn’t made with any fancy commission deal, but completed with the help of many from the entertainment industry and donations from local businesses! The film features a unique group of online influencers which have more than 5 million followers between them and millions of views collectively on their platforms. It’s the first time that so many UK influencers from such diverse backgrounds have got together to star in a Brit film.

Life hasn’t gone well for Malik (Islah Abdur-Rahman) but since he was left in charge of his Fathers local Corner Shop he’s been pulling his socks up, and that includes planning his sister’s wedding but danger is around the corner(shop) as he and his colleague Tony unravel a mysterious conspiracy led by the evil local Mayor who plans to shut down the shops on the High Street to make way for a his shopping centre, leaving Malik & many others redundant.

Corner Shop Show has risen in popularity following each episode over the last six years, covering topics such as knife crime, gentrification, family values & mental health. Film maker and actor Islah Abdur-Rahman says: “I began film making & acting in 2012 when I created viral series ‘Mandem On The Wall’ which elevated onto E4. I continued & created the Corner Shop Show and I never thought the series would have so many fans! Young people approach me to say they ‘grew up with the series’ or it helped them laugh through hard times and it’s such an amazing feeling being part of someones life in that way!”

“The success of the series has also allowed me to work with many celebrities & brands, win awards, created new avenues such as teaching ‘film’ to young people in schools, hosting high profile events, stand-up comedy & performing live around the UK on topics such as mental health, anti-terrorism & the UK’s 1st ever Muslim Pantomime.

I’ve also used my YouTube platform to raise awareness for my family run charity “The Al-Ansari Foundation” based in East Africa, Zanzibar. With a 100% donations policy, I toured the Corner Shop Show, bringing my cast along, and premiered episodes to my followers as a way to raise money for a water well & a mosque in Zanzibar. I then travelled out there to help build them & visited all the orphans.

Corner Shop Show has opened many doors for my career and creatives who have worked alongside me.”

Fans of the series will get to see the finale in a full length film episode which will also be launched on Oct 27th on YouTube.