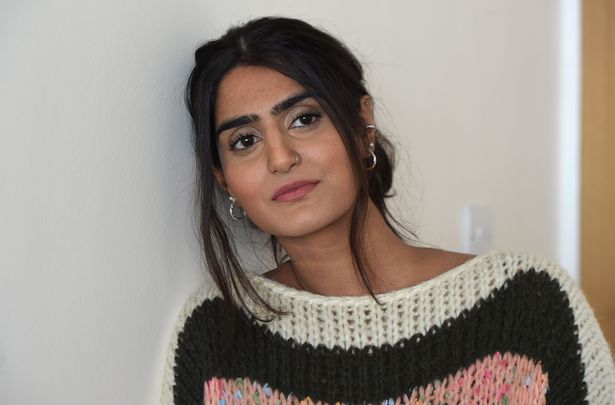 A Birmingham woman may only have months to live if she does not get a liver transplant soon. Sunina Paul is 31 years old was born with Biliary Artesia and has taken a turn for the worst.

Doctors say her need is now ‘super urgent’ and her condition has deteriorated alarmingly.

To make matters worse, she has a rare blood type B drastically restricting the chance of a donor.

How long does she have left? “How long is a piece of string,” she says.

“I might not get it in time. I have to face that. I don’t know what is going to happen.

“My liver might not survive for another six months. I take a day at a time.”

Born with biliary artesia, which blocks the bile ducts so bile builds up in the liver and damages it, the clock has always been ticking.

An operation at Birmingham Children’s Hospital when she was an infant helped slow that clock.

Earlier this year, Sunaina, from Edgbaston, became very ill, worse than before.

“Usually I have two weeks of intravenous antibiotics and it’s fine,” says Sunaina.

“But I just got the infection back and even worse. That was February and I am still on them now.”

Matters have reached the stage where only a liver transplant offers the chance of a longer life – but so far the outlook remains bleak.

“I was really optimistic in the beginning,” she says. “I thought I would have it in a few weeks. But a month passed, two months passed – and it’s six months now.

“It’s not just me that’s out there who has this rare blood group. I know there has got to be others.

“Some doctors seem really positive and believe I can get a liver. Other doctors are telling me to prepare myself because it might not happen.

“The first time I heard that, I think I was in a bit of a shock. I don’t really cry about it.”

Despite her brave smile, Sunaina is suffering badly.

“I am always in pain,” she confesses. “Constantly. It is always there.

“If anything, I moan about the pain because the pain is just ridiculous. It’s like eight and nine out of ten when they ask me to score it.

“When they look at me, people are like ‘Oh you look amazing! How can you be ill?’

“I look okay but inside I am slowly dying.

“It is what it is. I try to see people and enjoy special quality time with them but the nurses come three times a day so I’m not really able to get out much.

“Besides, if I’m in pain or feeling really sick, I don’t want to do anything anyway. Most of the time I feel really drowsy, tired, fatigued. I sleep a lot.”

“I think until it happens to maybe a family member or a friend, you don’t realise how important it is to save someone’s life.

“In general, we don’t donate as much as we should. I don’t really understand why. With one body, one person, you can save so many lives.”

Mum Sianne said “She was my first child,I had no idea, no concept of what babies were meant to look like”.

“She was jaundiced. The nurses basically said ‘It’s normal, give it two or three days and the jaundice will settle.

“On an Asian person jaundice is completely different. She had a greeny colour to her, and the whites to her eyes were slightly pale.

“After five days it didn’t settle. A month went by, and the family GP saw she had a distended stomach and an odd greenish colour, but he just said it was just colic.

“By the time she was six weeks old, my health visitor said we should see somebody else about it.”

Sunaina’s case was referred to Birmingham Children’s Hospital where she was admitted as an urgent case, rushing her infant body into surgery for corrective treatment.

The operation, known as the Kasai procedure, would act as a temporary measure to re-establish bile flow from the liver.

Biliary Artesia cannot be cured, but this procedure was the best way of treating the disease if done as early as possible.

“In Sunaina’s case, she was lucky,” says Sianne. “She has gone on up until now with that little procedure that was done to her tiny body.

“She has managed to somehow fight back all these years.

“I didn’t know the enormity of what was going on. I had her at the age of 21, and I don’t know how I would have prepared myself.

“I don’t think I am prepared even now and I am a lot older.”

Although many black and Asian patients are able to receive a transplant from a white donor, for many the best blood and tissue match will come from someone of the same ethnic background.

Sunaina is using her story to campaign for those from a minority ethnic background to register for organ donation to save a life just like her own.

It may not be in time for her, but it will be a lifeline for others.

You can register as an organ donor at www.organdonation.nhs.uk