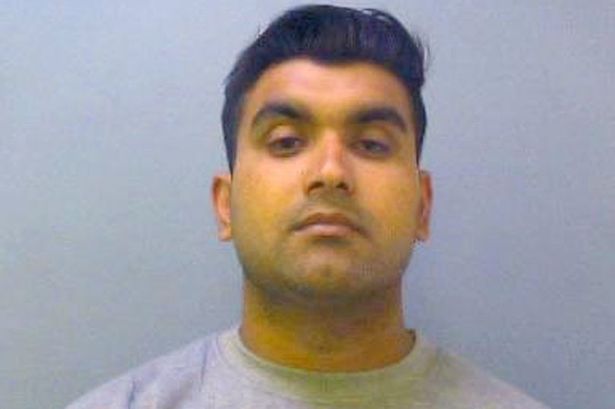 A Poundland worker has been jailed for stabbing a friend to death because he suspected him of sleeping with his wife.

Aqib Pervaiz killed his lunchtime pal after he plunged a knife into his chest on May 8.

Nadeem Mohammed tragically died after being attacked in a Tesco car park, where they would meet for lunch, a court heard.

The Daily Star Reports,  Pervaiz, jailed for 22 years, lured Mr Mohammed to the same spot as normal but brought with him a 20cm knife he had bought at the Tesco store in Wellington Street, Slough. 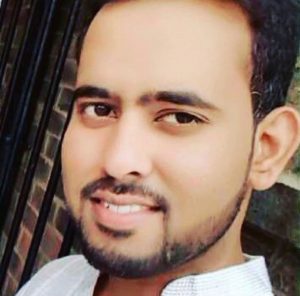 Reading Crown Court was shown a video where Pervaiz went up to Mr Mohammed from behind and stabbed him with the knife which punctured his right lung.

Pervaiz then ran off with one person shouting “what the f***” while others screamed.

Mr Mohammed was given first aid by two police officers who were at the Tesco but he could not be saved.

Pervaiz was working part-time at the Poundland store, on High Street, Slough, after being helped to get the job by Mr Mohammed, who managed the shop.

Afsha Afsha Mohammed, the victim’s wife, was eight months pregnant when he was killed.

Alan Blake, prosecuting, said how the two men had a “good relationship” and “spent lunchtime breaks and any free time in each other’s company”.

After the killing, Pervaiz paid £140 for a cab ride to Birmingham and surrendered to police the next day.

Judge Heather Norton, sentencing, said: “Why you made the terrible decision to stab Nadeem Mohammed, only you will know.

“There is evidence to suggest that you believed, quite wrongly and without any foundation at all, that your wife had formed a relationship with Mr Mohammed.

“You reached that conclusion despite efforts from your wife and family to do everything they could to convince you that your suspicions were all in your mind.

“The fact that you deliberately chose to purchase a knife, to remove it from its packaging and wait for 13 minutes is wholly consistent with a decision by you to stab him deliberately and CCTV shows that you approached him from behind and deliberately stabbed him.

“He posed no threat to you whatsoever.”