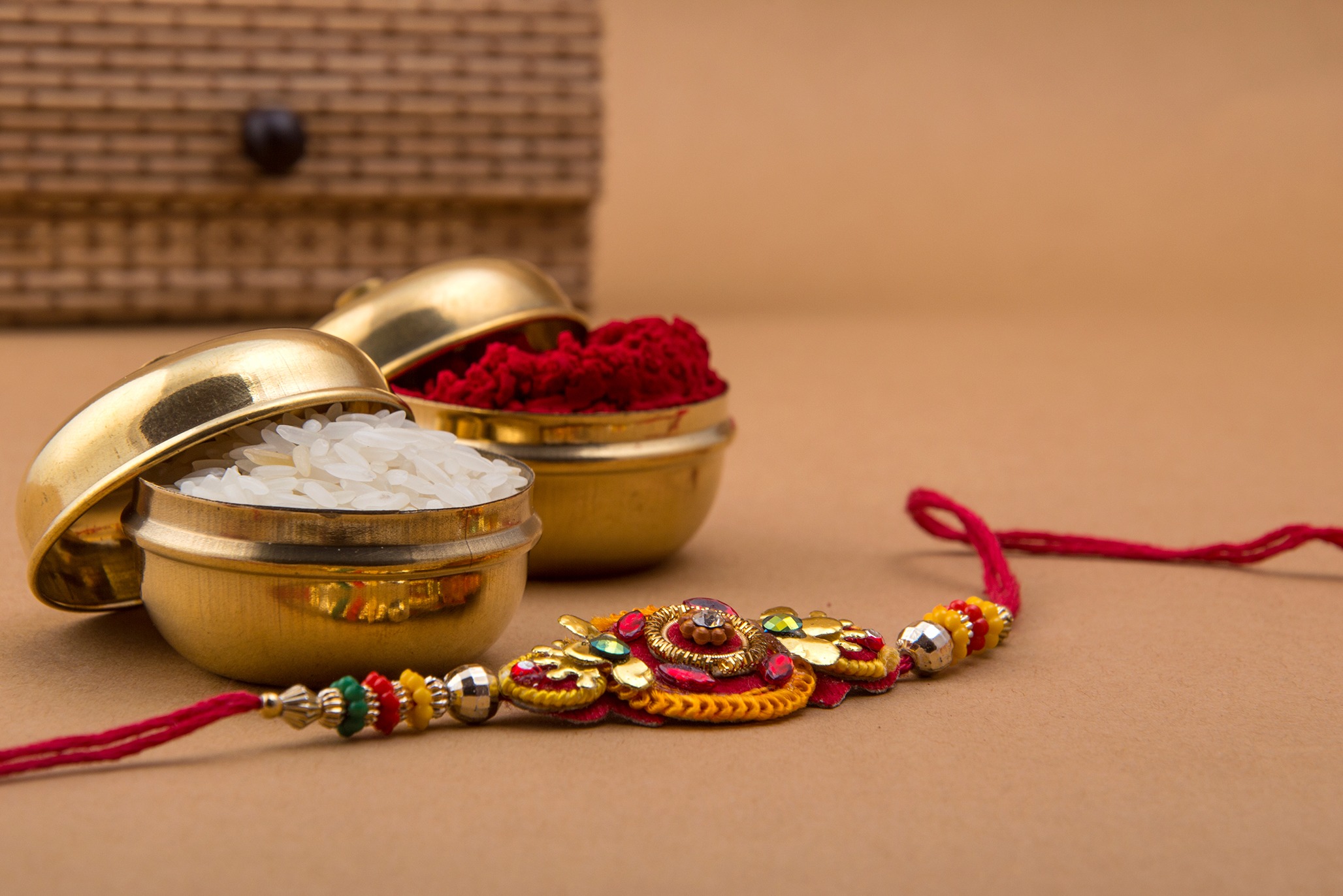 Raksha Bandhan is a Hindu festival that celebrates the relationship between brothers and sisters, and families, on the full moon of the Hindu month of Shravana (Sharavan Poornima), or around July and August. This day is also called Brother and Sister Day.

Together, the festival symbolizes the eternal love of brother-sister relationship which does not mean just the blood relationships only. It is also celebrated among cousins, sister and sister-in-law, fraternal aunt and nephew and other such relations.

The word Raksha means protection, whilst Bandhan is the verb to tie. Traditionally, during the festival sisters tie a rakhi, a bracelet made of interwoven red and gold threads, around their brothers’ wrists to celebrate their relationship.

This year Raksha Bandhan is celebrated on Thursday 15thAugust 2019 and in India is an optional holiday for everyone. This year the festival falls on the same day as Independence Day for India, so double celebrations for everyone in India on the 15thAugust.

Rasksha Bandhan is to celebrate the bond between a brother and sister and show how unique and important the relationship is between siblings. The festival of Raksha Bandhan was observed as a symbol of duty between brothers and sisters.

Where the sister ties a Rakhi (a piece of colourful thread) around their brother wrist and gives them something sweet to eat. The Rakhi which is tied is like a friendship bracelet to show that their bond is unbreakable, and they are always there for each other. Sisters pray for their brother’s prosperity, health and well-being. The brother in return offers gifts and promises to look after their sister and protect them throughout life.