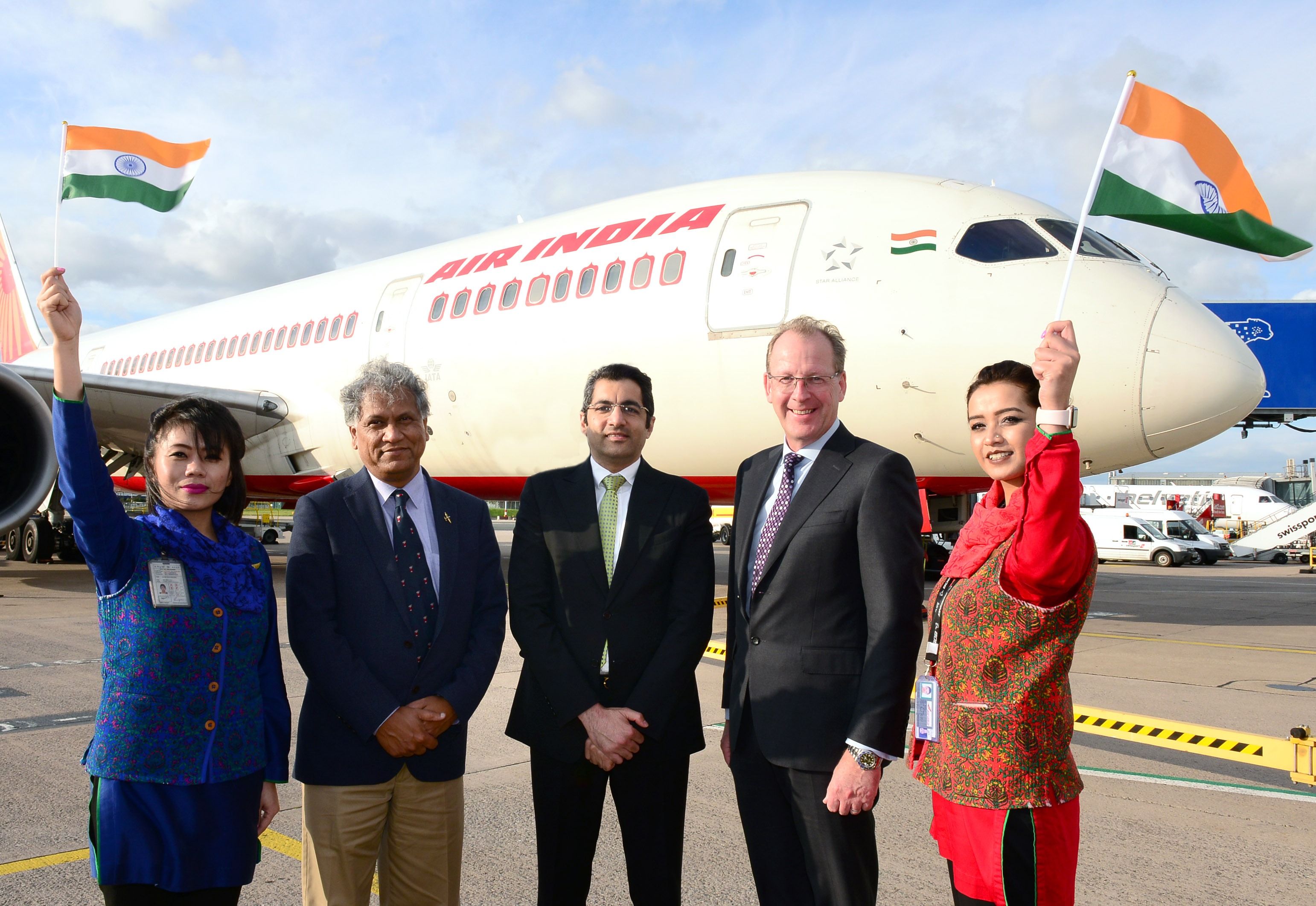 Air India has resumed its six weekly direct flight schedule to Delhi and Amritsar today (15/8/19) from Birmingham Airport, following a short period of reduced frequencies due to airspace restrictions out of the airline’s control. The reestablished schedule commences on Indian Independence Day.

Direct services are available three times weekly to Delhi and onwards to Amritsar each Monday, Wednesday and Sunday, and three times weekly to Amritsar and onwards to Delhi each Tuesday, Thursday and Sunday. The flights are operated by Air India’s Boeing 787 ‘Dreamliner’, with 18 seats in the business class cabin and 238 in economy, and customers have access to a further 42 onward destination across the Indian-subcontinent via the airline’s Delhi hub.

Air India first began operating from Birmingham Airport in 2013, with direct flights to Delhi. The airline expanded its Birmingham operation in 2018 with non-stop services to Amritsar, serving the Midlands’ strong demand for friends and relatives wanting direct access to the Punjab. Over this six-year period, some 750,000 passengers have used Air India services, and with the resumption of this six weekly schedule, there are 3,000 seats available between India and Birmingham each week on the non-stop flights.

Dr Aman Puri the Consul General of India, Birmingham commented: “The Midlands has emerged as an area of robust growth in the UK, and Birmingham is a city which is equipped with vast opportunities in both commerce and economic areas. To have direct flights operating out of Birmingham for the British-Indian community is just great and is a further step towards the UK and India collaborating to strengthen our trade and investment relationship further.”

Andy Street, West Midlands Mayor, said: “With our region home to around 200,000 people of Indian heritage and India being one of the biggest investors in the West Midlands, the direct routes from Birmingham Airport to Delhi and Amritsar are absolutely crucial. These routes allow us to both continue to build the already strong business relationship whilst also serving the needs of the Indian diaspora.”

Mr Debashis Golder, Regional Manager, Europe and UK for Air India, said: “The resumption of flights, coincides with India’s Independence Day making today a special day for multiple reasons. Air India is committed to not only support the region’s Indian diaspora, but also the need for direct connectivity for business travel in our business class product. Not only do we serve Delhi and Amritsar direct from Birmingham, Midlanders also have access 42 onward destination across the Indian-subcontinent via our hub in Delhi, including Mumbai, Chennai and Bengaluru.”

Nick Barton, CEO of Birmingham Airport said: “Air India provides the vital connectivity for business and leisure travellers needing direct access to two of India’s most important cultural cities. There is a strong demand in the Midlands to Delhi and Amritsar, particularly for those travelling to visit family and friends in the Punjab region which is why Air India’s Birmingham operation has grown from strength to strength. We’re therefore delighted that the full schedule has resumed today, on India Independence Day.”

For more information, and to book flights to either Delhi or Amritsar visit: http://www.airindia.in/