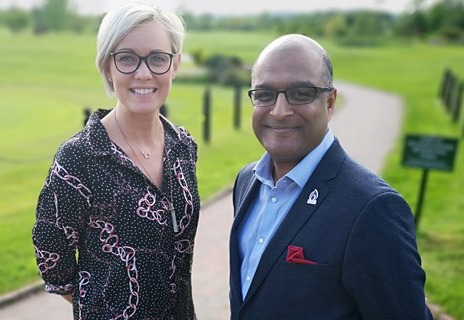 Naeem Arif has been appointed to the Sutton Coldfield Chamber of Commerce’s executive committee.

A long-standing Chamber member, Mr Arif is the head of consultancy firm NAC Consulting, a director at United Carpets and vice-chair of the Midlands Retail Forum.

The father-of-four has also written five books, including his latest release ‘Customer First’, which looks at how businesses convert and retain customers through good customer service.

Having grown up in Sutton Coldfield, Mr Arif attended Bishop Vesey’s Grammar School and also represented the Royal Town’s hockey and cricket clubs – becoming chairman of the latter in 2008.

Mr Arif said: “I have been a member of the Greater Birmingham Chambers of Commerce for a number of years now.

“In joining the Sutton Coldfield Chamber’s executive committee, I will look to make use of my local knowledge in a community that I grew up in.”

Mr Arif’s appointment to the committee was ratified at the Chamber’s annual general meeting, which took place at Aston Wood Golf Club.