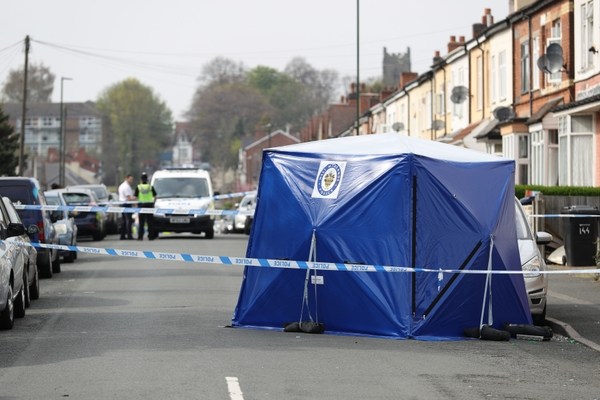 Police launch murder investigation after a man was shot dead this afternoon on Church Street, Erdington.

The 28-year-old was gunned down and shot, the scene was sealed off by police who have launched an investigation.

A witness said the road was on ‘lock down’ and there was ‘police everywhere’.

The family of the victim has been informed of his death, the force added.

West Midlands Ambulance Service confirmed they were called to the scene.

A spokesman for the service said: “On arrival, crews discovered one patient, a man, who was in cardiac arrest.

“However, sadly, it became apparent nothing could be done to save him and he was confirmed dead at the scene.”

Responding to the incident, Erdington local councillor and resident Robert Alden said: “Our thoughts and prayers are with anyone effected by this incident.

“Erdington is a great place to live and work. We are a wonderful community here and this kind of event is rare.

“We will be working with our excellent local police in coming days and weeks, as we currently do, to ensure that these kind of incidents remain rare and Erdington remains a safe place to live and work”.

Detectives have asked anyone with information about the shooting to come forward.