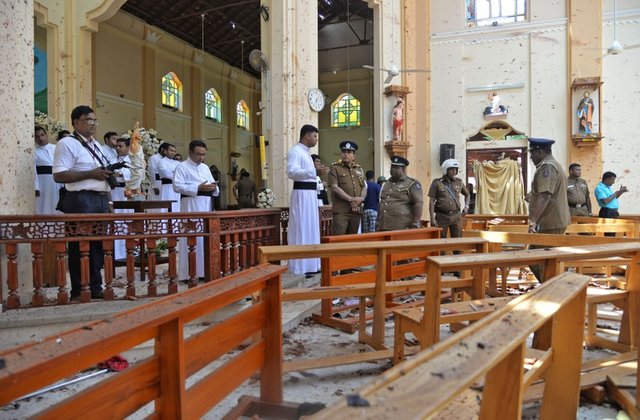 Eight British nationals have been confirmed amongst the dead after a series of bombings in Sri Lanka.

Whilst locals from Sri Lanka went to pray at their local church on Easter Sunday, hundreds were killed by coordinated bombings which took place at churches and luxury hotels.

The country’s foreign ministry said that eight British citizens were among more than 300 people killed.

Sri Lankan police said 500 were wounded in that blasts in and around the country’s capital.

The UK’s High Commissioner to Sri Lanka, James Dauris, said: “We understand that some British citizens were caught in the blasts, but we are unable to say how many people are, or might have been, affected.”

He urged Britons to get in touch with members of their family to let them know they were safe.

Prime Minister Theresa May said: “The acts of violence against churches and hotels in Sri Lanka are truly appalling, and my deepest sympathies go out to all of those affected at this tragic time.

“We must stand together to make sure that no one should ever have to practise their faith in fear.”

Suicide bombers from National Thowfeek Jamaath are understood to be the perpetrators.

A group of Islamic extremists were behind the Easter Sunday terror attacks which killed almost 300 people, senior Sri Lankan officials have said.

He said the terrorist attacks were “absolutely devastating and despicable” and “for this to happen on Easter Day is something that will shake people around the world, of all faiths and none, to the core”.

Today across Sri Lanka the first of the funerals for the individuals who passed away in the bombings will take place.