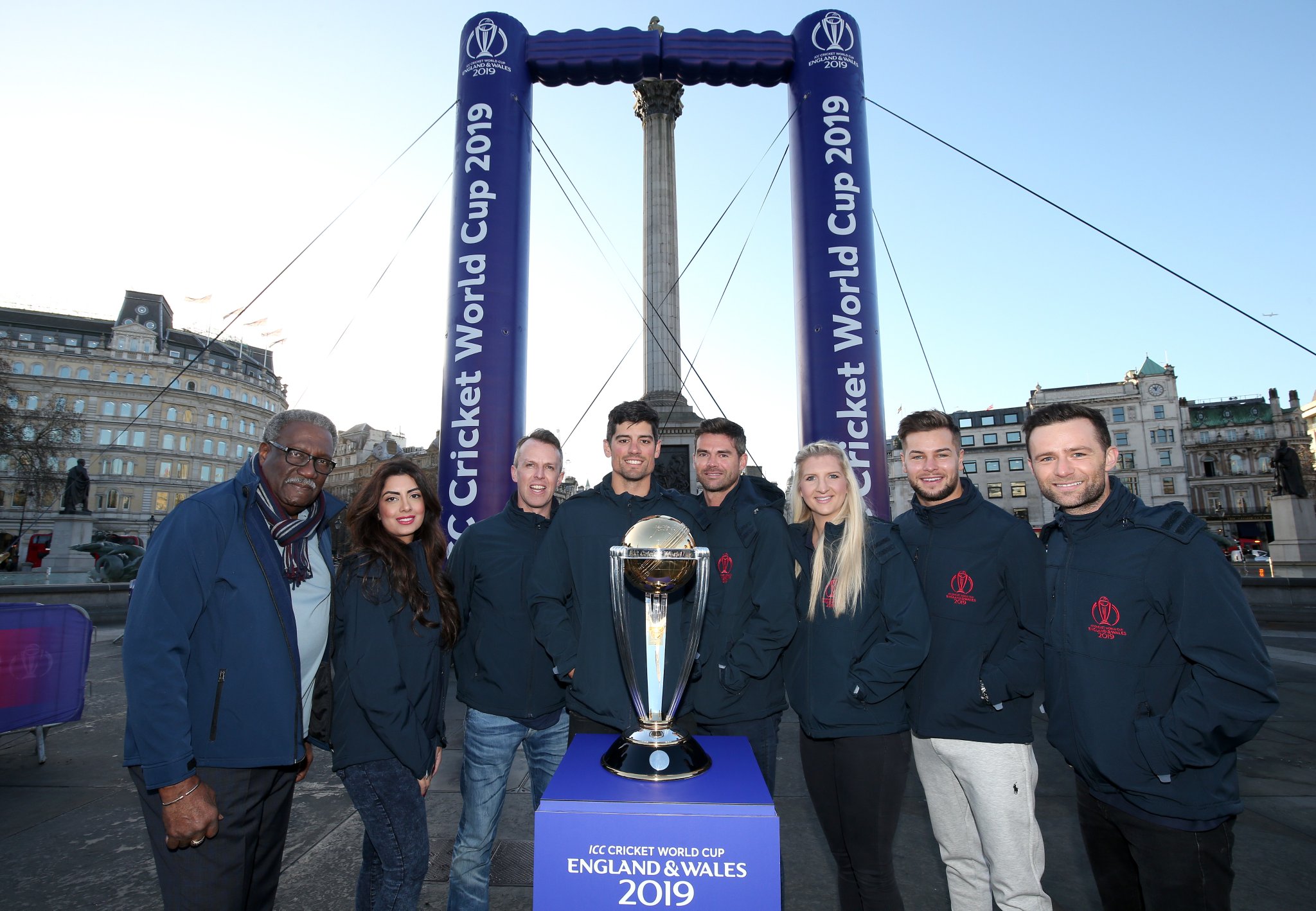 The famous monument in London’s Trafalgar Square became part of a set of giant wickets, as the countdown until the ‘world’s greatest cricket celebration’ officially began.

The unique celebration of cricket’s fifty over World Cup highlighted the once-in-a-generation chance for cricket fans in England and Wales to see the world’s greatest players in action on home soil this summer.

On July 14 the winning captain will lift the coveted trophy, but first, fans across the country will get the chance to see it first hand as part of the Trophy Tour. The tour began its 100-day journey of the country today transported in the 100% electric Nissan LEAF – Europe’s top-selling electric vehicle (EV)*- making this tour the first ICC Trophy Tour powered by an all-electric vehicle.

The Trophy Tour will comprise of over 100 events across 115 locations to ensure all fans get the opportunity to ‘get up close and personal’ with the trophy. In addition, the ICC Men’s Cricket World Cup will make three extra special stops, as members of the public are given the chance to nominate deserving friends and family to receive a personal visit from the trophy. More information on how to get involved can be found here.

ICC Men’s Cricket World Cup 2019 Managing Director, Steve Elworthy, said: “The tournament is within touching distance now and it’s amazing to see the takeover of the iconic London location of Trafalgar Square to mark 100 days to go. This really puts the tournament at the front of mind for the fans here and around the world.

“This ambitious launch demonstrates the lengths we will go to in making this tournament the most memorable ever – one that will inspire excitement among players and spectators alike around the world.

“To launch the domestic leg of our Trophy Tour in such a landmark location is fantastic, and we’ll visit many more memorable places as we engage with millions of people across England and Wales in the next 100 days.”

ICC Chief Executive David Richardson, added: “Years of planning goes into the delivery of an ICC Men’s Cricket World Cup, but the excitement becomes real with 100 days to go and the arrival of the trophy on the shores of England and Wales.

“Transforming one of London’s most famous landmarks into giant wickets is a wonderful way to kick start the celebrations for what I know will be the greatest ever celebration of cricket for hundreds of millions of fans around the world.”

The Trophy Tour will be visiting every CWC19 Host City, including free to attend ‘Super Saturday’ events in Manchester (23 March), Birmingham (20 April) and Bristol (4 May), which will combine music, celebrity special guests, entertainment and a street cricket tournament involving local businesses, fan groups and the public.

Former England spinner Graeme Swann was named as the Official Trophy Tour Ambassador, when talking about the 100-day tour Swann said: “I am proud to be part of a Trophy Tour that promises to deliver a glimpse of cricket’s biggest prize to fans up and down the country and really build the excitement and expectation for the tournament.

“This summer promises to be hugely exciting for cricket here in England and Wales and around the world. The World Cup is at the absolute heart of the action and it all starts now with the Trophy Tour!””