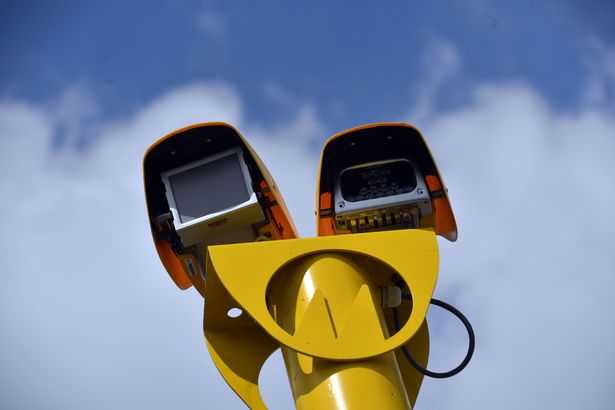 The new speed cameras which detect if you’re on your mobile phone are being rolled out in the UK.

They are thought to be more discreet than the speed-tracking cameras that are being used.

Motorists pictured eating or smoking behind the wheel, or using their mobile phone, will be punished with a £200 fine and receive six penalty points.

However, it is not illegal to eat or smoke while you are driving but can distract a motorist from concentrating on the road.

The yellow vulture speed cameras face oncoming traffic, and an LED box system is positioned 20 yards before them.

The cameras have power and capability to catch drivers come day or night.

The high-definition technology will also pick up if you’re not wearing a seatblet, and if you are eating or drinking at the wheel.

But it’s not just speeding that the cameras are watching out for now – so take note.

These cameras, which are part of the new Safety Camera Partnership, have started to appear on the streets on Plymouth already, with more expected to follow around the country in the near future,

Several police forces nationwide have indicated that drivers can expect far less leeway, as cameras become more accurate – and the law states that a driver can receive a ticket as soon as they have exceeded the limit, even if it is only by 1mph.