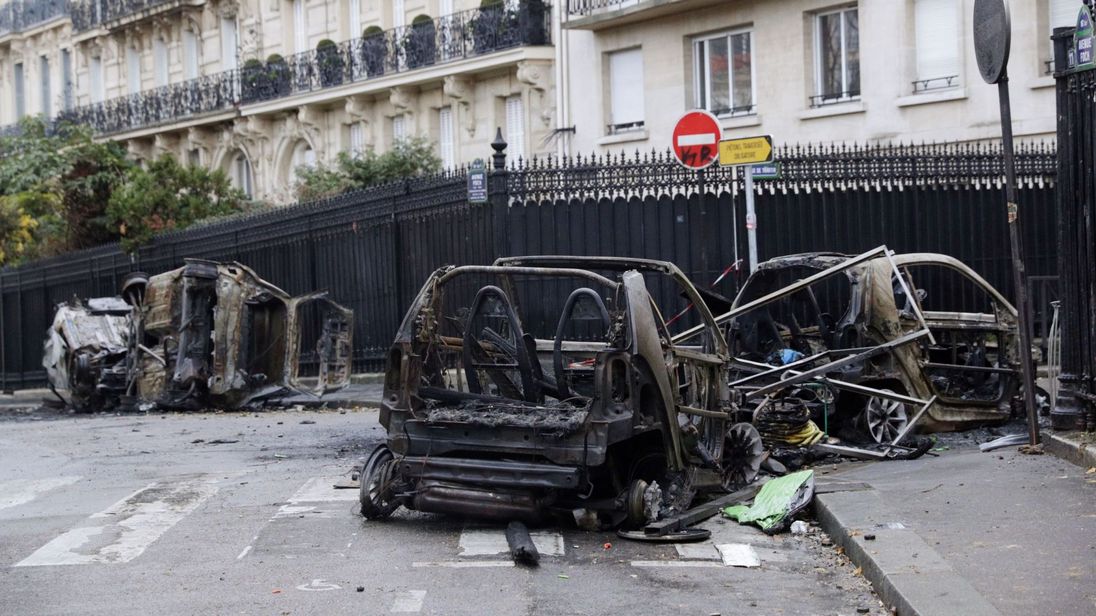 More than 400 people are arrested in Paris as 133 people, including 23 police officers, are injured during fuel tax riots.

Frances president has visited the graffiti-damaged Arc de Triomphe after hundreds of people were arrested during the country’s worst riots in 50 years.

Police in Paris said 23 officers were among 133 people who have injured since violence flared on Saturday afternoon.

Out of the 412 arrested, 378 are in police custody, while the interior minister Christophe Castaner said about 3,00 people were suspected of taken part in the riots which has been the worst unrest since 1968.

A government spokesman said France would consider imposing a state of emergency to prevent further unrest and is urging peaceful protesters to get around the negotiating table.

The protested erupted out of the blue on 17th November in reaction to rising fuel taxes. Social media playing a key role in enabling hundreds of people to quickly gather in cities across France with Paris being the most affected.