Home Features I was labelled a ‘bechara’ but it gave me the kick I... 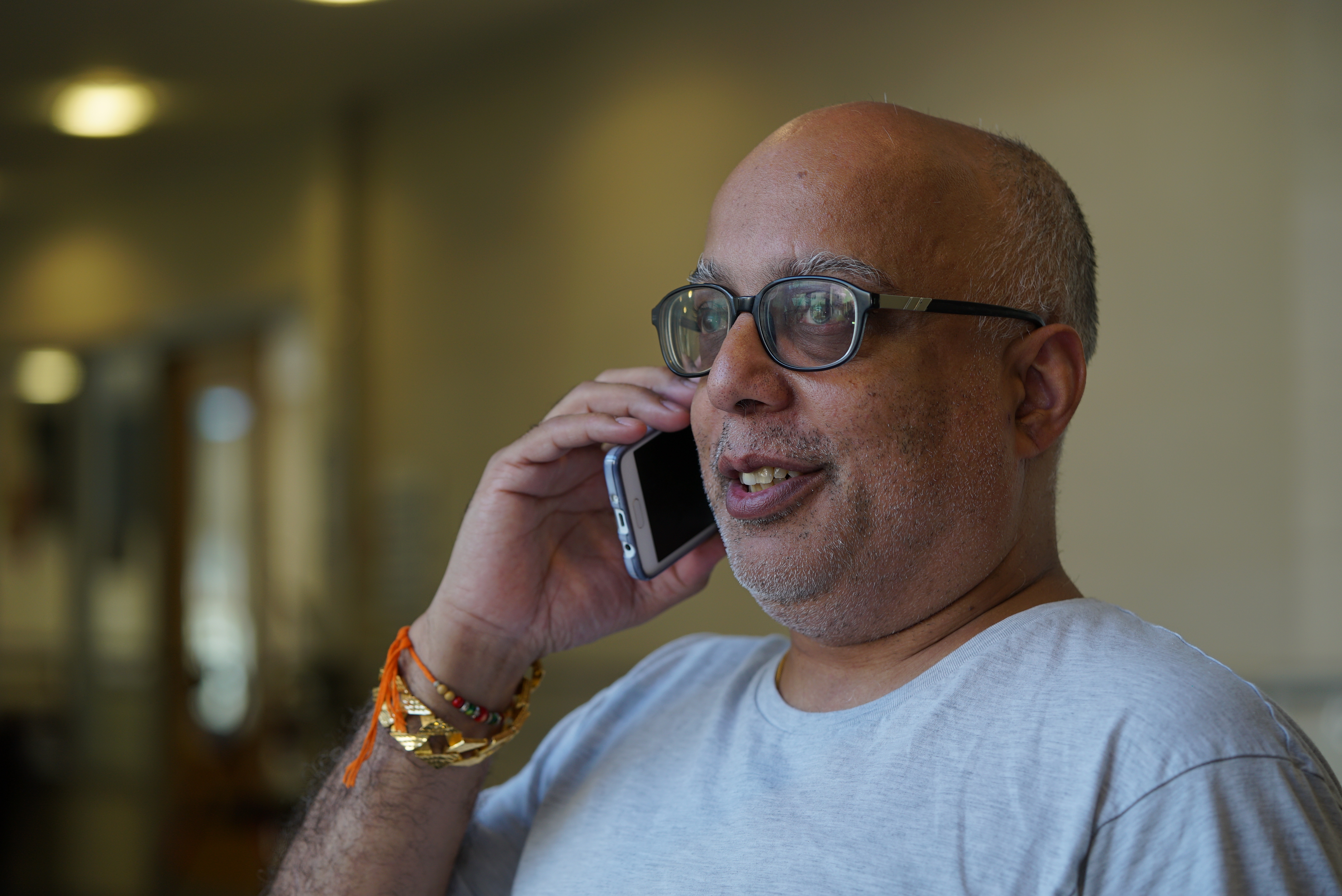 Ranjit has been living with his visual impairment for the last 20 years, but when he developed his condition he was only 35. How did this British born Asian adapt to life his new life and tackle the stigma around his disability

Ranjit Boparai was born and raised in the Black Country and like many from his generation he found a job when he left school and soon started a family. However, he was unaware he was carrying ticking time bomb in his genes.  An inherent gene meant he would one day develop Retinitis Pigmentosa (RP) – a condition which eventually leads to becoming fully blind.

Ranjit started to notice problems with his sight in his mid-thirties and once he learned the extent of his condition he felt his world around him was crumbling.

“I thought I just needed some minor medical help or stronger glasses, never did I think I would be told I will one day go blind. It was a huge shock to me and my family. Work started to get harder and after some years I eventually had to leave, but I still had children to support, responsibilities and top of it all I had to learn how to cope with losing my sight.”

Ranjit’s family were very supportive and helped get him through this tough period. However, the attuite from the wider community shocked him and made him rethink the way those from an Asian background talk about disabilities.

“Once people found out about my diagnosis they started to gather around like they were mourning my death. I was often spoken about whilst being present in the room and called “bechara” (helpless). Many of my family and friends almost reacted as if I was given a life sentence and that I was being punished for past wrong doings – but worst of all I was made to feel I was now a burden.

“I wanted to change the way people saw me and other people living with a visually impairment. I was signposted to a charity called Beacon. After doing some research I found out they were one of the oldest charities in the Black Country which has been supporting people living with sight loss for over 100 years.”

Ranjit spent the next few years working with Beacon learning how adapt to his new lifestyle and take on skills to help him become more independent. He learned how to use a computer with specially adapted software, how to cook independently and get around with no assistance.

“Beacon really open my mind up to what I could do rather that what I could not do, but living in Wolverhampton I was left frustrated with the number of Asian people with sight loss seeking help.

“I knew the same barriers I faced were still holding many people back from seeking helping or even looking for it.”

Ranjit took action and started to work with Beacon as the BAME (British. Black, Asian and minority ethnic) representative to raise awareness and spread the word about services available for those living with sight loss. He soon realised the scale of the challenge in front of him.

“After our first few visits to temples and a community centres the feedback was astonishing. I had parents, family members and friends approaching me and telling me they did not know help was available and that so many others were also living with sight loss conditions – I felt like I had broke ground. Most importantly, once I had told my story, others felt like they could also open up and see my experience as inspiration to get up and take action.”

Ranjit continues to talk to ethnic minorities around the West Midlands and help change attitudes in the community. He captains an award-winning blind tenpin bowling team, helps manage an allotment and leads on schemes to encourage those living with sight loss to participate in sports.

“Things are changing and will take time. We as a community must strive to no longer see any sort of disability as a hindrance but as challenge which must be embraced. Thanks to charities like Beacon people living with sight loss can inspire to do more and aim for the highest peaks.”

Beacon is a well-established West Midlands charity which was founded in the Black Country and has since expanded. The charity makes a visible difference to people living with sight loss and helps raise awareness of the importance of eye health.