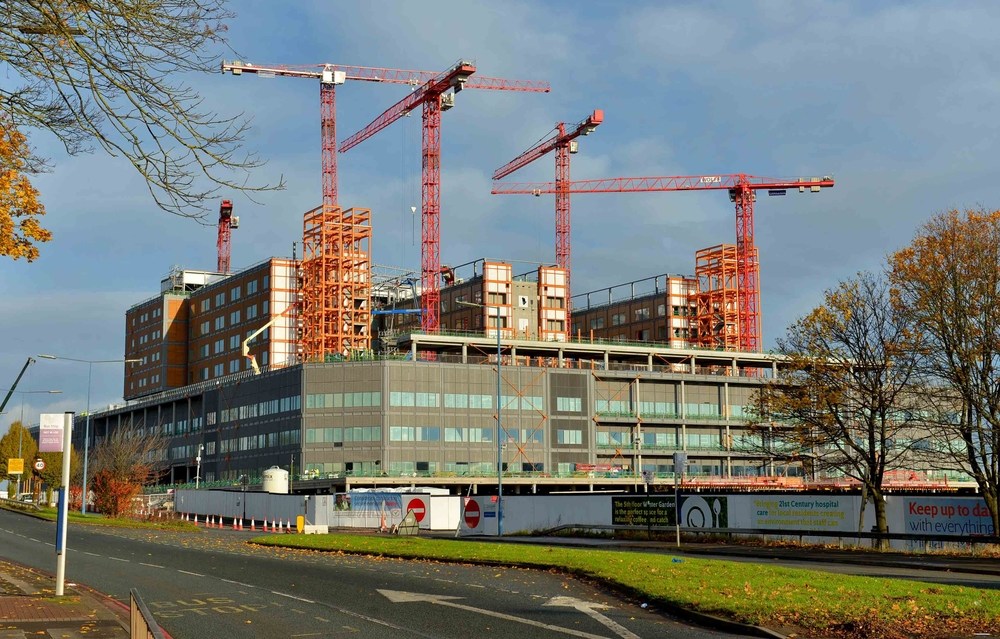 The NHS trust behind the delayed Midland Metropolitan Hospital job is set to now ask the government to bail the project out which has been postponed ever since its builder Carillion went bust in January.

Toby Lewis, chief executive of the Sandwell and West Birmingham Hospitals NHS trust, said board members will examine the contract, asking government for cash to complete the £350m job being built under a PFI contract, when it meets tomorrow.

It is expected to cost another £150m to complete and Lewis said: “We will consider an executive recommendation to complete the Midland Metropolitan Hospital construction under direct contract, using public money from national sources. This would be in preference to procuring a new private finance vehicle.”

But Lewis said contractors’ appetite for completing it under a private finance contract without the trust taking on a greater share of risk was on the wane.

He admitted: “The board opted for private finance in 2014, and again in early 2018 when we considered that an option existed to refinance the existing vehicle. That option was not accepted.

“The challenges to completing a part built facility require that we retain more latent risk, and in those circumstances the public financed option is narrowly preferred.”

Greg Craig, the chief executive of Skanska, which had been talking to the trust about taking over the job before discussions broke down at the end of May, told Building this week: “We came to a position where we could complete building for the trust in a very low risk manner [but] it turned out that wasn’t what all of the backers wanted.”

Lewis said if the board agree to ask the government for a bailout, he expected a decision “in the coming weeks”.

Funding was pulled from the project in June when the European Investment Bank, which was part of a consortium of five banks that loaned the NHS trust £107m to pay for the construction work, confirmed it had terminated the deal.

The hospital is now expected to be completed in 2022. In June, a National Audit Office report revealed that Carillion had lost £48m alone on the scheme last year and said it had been shattered by a 17 month delay to “critical” design elements, poor structural designs and spatial constraints that made it difficult to fit all the plant machinery necessary on site.