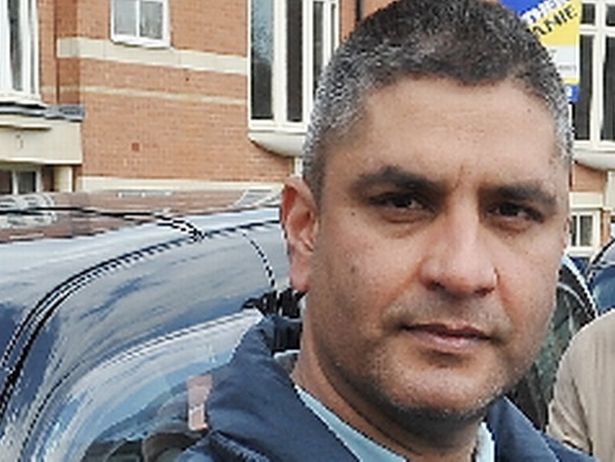 A former councillor threatened to kill cab driver over an ongoing legal dispute, a court heard.

Gurpal Atwal (46) targeted black cab driver Kashmir Singh Gill on Friday, October 6, last year as the victim had three children in the back of the taxi taking them home from school.

Nicola Dean, prosecuting at Leicester Magistrates’ Court, said Mr Gill was waiting in traffic in New Street, Oadby, at about 3.15pm when the incident happened.

She said: “The defendant was driving on the other side of the road towards him.

“Atwal stopped and threatened the complainant, saying he was ‘going to kill him’ and that he had ‘ruined his life’.”

Mr Gill used to work with Atwal, who works as a taxi driver and used to be an Oadby and Wigston borough councillor.

It was also heard that Mr Gill’s son used to be a business partner of Atwal’s at Hansom Taxis, of London Road, Leicester.

The business relationship soured, and is the subject of ongoing legal action in the High Court.

Ms Dean told the court that the legal action was the motivation for Atwal’s threats.

Taking the stand, Mr Gill said: “I’ve known Gurpal Atwal for about 10 years. We got along well, but that changed after he went into business with my son.”

At the time of the incident, Mr Gill was driving along New Street, towards Harborough Road. He was carrying four passengers, three children of school age and a woman who was accompanying them.

Recounting the incident, Mr Gill told the court: “As I waited at the lights, a silver Mercedes pulled up level with me.

“The driver had his window wound down and he shouted, ‘I’m going to kill you, you b******! You’ve ruined my life!’. Then he just drove off. I recognised him as Mr Atwal.”

He added: “I was completely shocked. I had children in the back.

“I dropped them off and went straight to the police station.

“I was afraid he would carry out his threat. He knows where I live, and it made me feel scared.

“My wife was frightened too. I started to check my vehicles every day. I had to install CCTV at my house and told my daughter not to come round to my house for her safety.

“These words had a big impact on me.”

Giving evidence, the female passenger in the taxi told the court: “It was some random bloke. I thought it was road rage. I’d never seen him before.”

Atwal, of Stour Close, Oadby, told the court he had not made the threats.

He said: “I don’t know where this accusation comes from.

“I was absolutely shocked when police officers came to my house.

“I don’t remember this day, but I know I never said anything to Kashmir. I did not commit this offence.”

After 20 minutes of deliberation, magistrates found Atwal guilty of using threatening and abusive words likely to cause alarm and distress.

In mitigation, Heather Glover, defending Atwal, said her client was of good character and had no previous convictions.

She said the legal dispute with Mr Gill’s son had left him “with nothing” after forcing him to declare himself bankrupt, and that he faced the prospect of losing his home.

Ms Glover added that the conviction could also see him lose his taxi licence and means of supporting his family.

Atwal was handed a 12-month conditional discharge and ordered to pay £640 costs and a £20 victim surcharge.