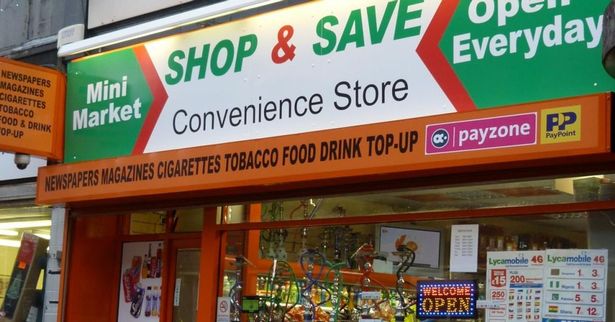 A general store in Hinckley was fitted out with secret compartments to hide counterfeit and tax-free tobacco were found.

The illegal products were found hidden behind a false tiled kitchen wall, under near the till and inside an air conditioning unit.

Muzafar Sabir Sabah, the owner of the Shop and Save store, in Regent Street,was jailed for nine months.

He admitted to five counts under the Trade Marks Act 1994 and five of supplying tobacco products without a health warning, between June 2016 and January this year.

Leicester Crown Court was told that Sabah, 33, was the leaseholder and owner of the business, which traded illegally despite a number of enforcement actions by the county’s trading standards department.

Sabah, father-of-two, who did not have day-to-day running of the shop, claimed his employees had continued to flout the law.

Nadia Silver, prosecuting, said, in total, five searches were carried out, following test purchases of cigarettes and tobacco, during an 18 month period.

The illegal trading of fake or illicit cigarettes, at four or five pounds a pack, continued, unaffected by the raids, she said.

Miss Silver said: “The illicit tobacco relates to products that may be genuine but not intended for the UK market and carried no health warnings in English.

“In respect of both types of product no excise duties were paid on importation.

“The defendant was more than a figurehead of the business, he was employing those who were selling the products.”

Last year February, a tobacco search dog indicated there was something behind a tiled wall in the shop’s kitchen.

Miss Silver said: “It was apparent a plug socket attached to the wall was fake and that a plastic casing from the plug didn’t contain any electrical wires.”

The concealment included 76 packets of fake Richmond cigarettes and a number of genuine well-known brands and tobacco pouches, originally destined for overseas markets, and without health warnings.

During the execution of a warrant last July, further illegal tobacco pouches and cigarettes were seized from underneath window panelling.

The court heard that the illegal value of the hundreds of packets and dozens of pouches seized was £3,967 – but the loss in equivalent genuine sales would have been considerably more.

Sabah, of Powell Close, Coventry, was ordered to pay £800 court costs as well as jail sentence.

Judge Martin Hurst said: “It was a reasonably sophisticated retail operation of counterfeit and undutied tobacco.

“You knew what was going on at the shop and allowed it to continue so you and others would have been making significant profits.

“It wasn’t negligence, it was deliberate.

“You should have supervised the shop more vigorously or simply closed it down – just trying to transfer the lease wasn’t good enough.

“You continued even after being summonsed to court.”

Eddy Hamilton, mitigating, said: “The Crown are not saying he was running it on a day-to-day basis; he was allowing or facilitating it to happen.”

The secret compartments were not said to have been instigated by the defendant.

“He was allowing his premises to be used.

“As early as February 2017 he was trying to remove his name from the lease.

“He was a reluctant participant.”

Judge Hurst said: “I don’t accept that, he was more than happy for it to carry on.”

Karen Retallic, leader of the illegal tobacco team at Trading Standards said: “We will continue to disrupt and crack down on illegal supplies and we urge anyone with concerns about the sale of cheap cigarettes to report it to us.”