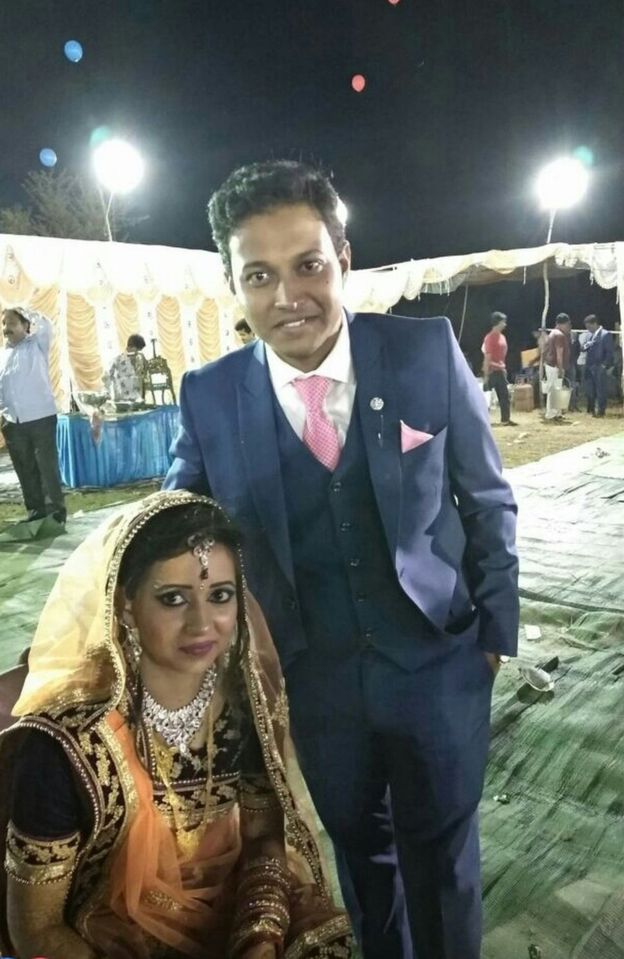 A newly-married couple received what they thought was a wedding gift five day after their lavish big day which happened to a be bomb that killed software engineer after opening the box.

Soumya Sekhar Sahu, a 26-year-old software engineer, and his 22-year-old wife Reema, were pottering around in the kitchen at their newly-built family home in Patnagarh, India.

Soumya heard the clanging of the latch of their metal gate and a delivery man stood outside, holding a parcel addressed to him.

A sticker on the box said it had been sent by SK Sharma from Raipur, some 230km (142 miles) away.

Reema remembers her husband opening the box in the kitchen, and finding a parcel covered in green paper with a white thread sticking out of it, while his 85-year-old grand-aunt Jemamani Sahu came up from behind to see what the parcel contained.

“This looks like a wedding gift,” Soumya Sekhar told his wife. “The only thing that I don’t know is the sender. I don’t know anyone in Raipur.”

As he pulled the thread, there was a flash of light and a huge explosion rocked the kitchen. The three were knocked off their feet, and collapsed on the floor, bleeding profusely.

Soumya Sekhar and Jemamani Sahu, both suffered from 90% burns and died on their way to the hospital. Reema is recovering slowly in the burns ward in a government hospital.

The horrific attack that took place on February 23 and no one appears to have the faintest idea who killed Soumya Sekhar who was described as a “genial and god fearing young man who worshipped a guru” by relatives and friends.

Two dozen investigators have questioned more than 100 people – friends and relatives of the couple mainly – in four cities in connection with the killing. They have scoured mobile phone records, and scanned laptops and phones belonging to the couple.

Forensic experts are still trying to ascertain how sophisticated the bomb was. On the face of it, investigators say, it appeared to be a fairly crude device wrapped in jute thread which spewed white smoke after the blast.

of the last pictures of the couple at the reception

“This is a fiendishly complex case,” Balangir’s senior police official Sashi Bhusan Satpathy said. “This was the work of a fairly knowledgeable person well-versed in the arts of bomb making.”