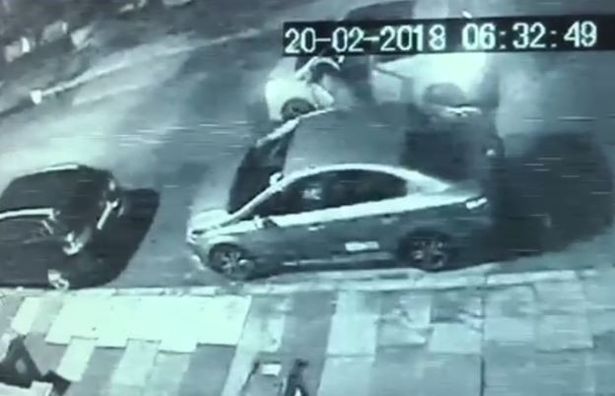 A taxi driver from Ward End disturbed would-be thieves as they smashed their way into his cab.

Shakeel Hussain believes they were on the hunt for cash, after claiming another seven cabs were targeted on the same night.

The taxi, a Toyota Avensis, was parked on Woodwells Road when the thieves pulled up alongside in another vehicle and smashed the driver-side window.

One of them then searched through the glove box and attempted to open the car door, causing an alarm to sound – alerting Shakeel.

“I heard the alarm go off at about 5.30am so I poked my head out of the window,” said Shakeel, who lives with his wife and teenage daughter.

“I swore at the man and he jumped into a car which sped away.

“After the incident, I posted the footage on Facebook and a number of people replied to say there was a spate of taxi thefts on the same night.

“Apparently five vehicles were targeted in Bordesley Green and another two on Monk Road, just off Woodwells Road.

“I think the thieves were trying to find loose change, but I make sure I remove everything from my car at the end of a shift.”

The driver, who works for Galaxy Cars, was forced to take a day off on Wednesday as the window was replaced – leading to a loss of earnings.

“Now my daughter is struggling to sleep as she is worried the thieves are going to come back.”

Shakeel, who didn’t report the incident to police, is now urging other taxi drivers to stay vigilant.