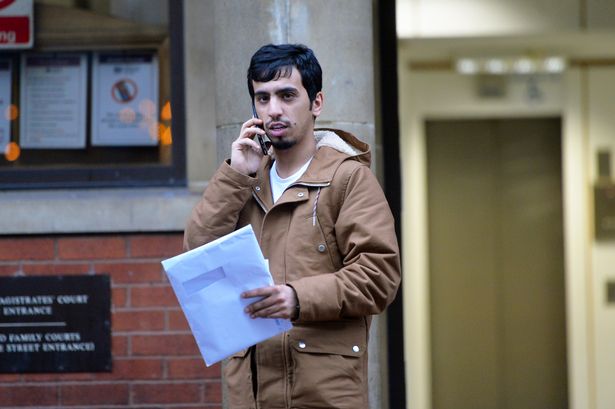 A 22-year-old student was caught speeding at 89mph in a 30mph zone had claimed he was going so fast because his metric speedometer confused him.

Al-Qahtani pleaded guilty to the speeding offence in a court appearance, in 2017 and on February 14 he appeared at Leicester Magistrates’ Court for sentencing.

Al-Qahtani, said: “It was my car which was by kilometres not by miles, that is why I was confused by what the speed was.”

His car had been shipped over to England from Qatar, and had a speedometer which measured speed in kilometres per hour rather than miles per hour.

When Al-Qahtani was asked how fast he had been travelling in kilometres, he said: “I don’t know how much it was.”

The 89mph he clocked equates to approximately 143kmph.

If he had been travelling at 30mph, the speedometer would have shown about 48kmph.

When asked during his hearing whether a ban would cause him any hardship, he told magistrates he was no longer driving

Al-Qahtani, whose first language is not English, said: “I’ve already cancelled to drive.”

Addressing Al-Qahtani, the chairman of the bench: “That could have killed anybody on the road.

“You will have been going very fast.

The magistrates decided to impose an outright driving ban on Al-Qahtani, rather than adding points to his licence.

The chairman told the defendant: “We are going to disqualify you from driving with immediate effect for six months.”

When a fine and costs were being discussed, Al-Qahtani told the magistrates that his income was £1,000 per month.

Magistrates fined Al-Qahtani £110 and ordered him to pay costs of £85.

He was also charged a £30 victim surcharge.

He said: “Anyone travelling at that sort of speed in a 30mph area is obviously putting other road users at great risk of injury.

“I would support any sentence that has been given in this case.

“We are trying very hard as a road safety partnership to get people to follow the signposted speed limits.”

The minimum penalty for speeding is a £100 fine and three driving licence penalty points.

Building up more than 12 points within three years can lead to a disqualification.