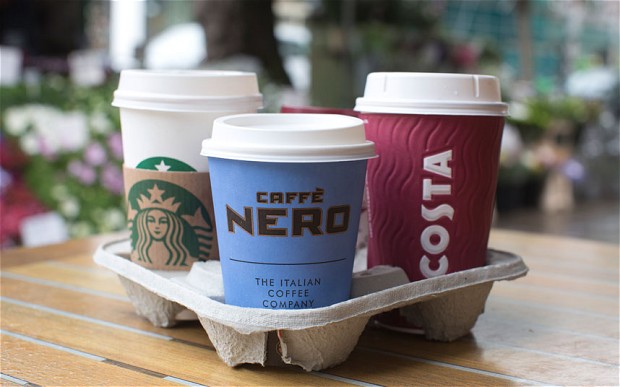 For those looking for their next coffee fix, you might want to steer clear of Costa, Starbuck and Caffe Nero…unless of course you take your Americano with a sachet of faecal bacteria.

Ice from all three of the nation’s biggest coffee chains were found to contain bacteria from faecal matter in them. BBC’S Watchdog tested samples of their iced drinks and found differing but significant levels of bacteria in them.

The bacteria, known as faecal coliforms, are found in faeces and originate from the intestines. Their presence in water is also indicative of other pathogens (disease causing organisms) being present.

Seven out of ten ice samples from Costa were found to have faecal coliforms present. Three out of ten samples at both Caffe Nero and Starbucks were also found to be contaminated.

Tony Lewis, from the Chartered Institute of Environmental Health, said the findings were “concerning” and “these should not be present at any level – never mind the significant numbers found.”

He added that the bacteria were “opportunistic pathogens – the source of human disease.”

Costa, Caffe Nero and Starbucks are believed to have taken action since the reveal of the findings. A spokesperson from Caffe Nero said “a thorough investigation” was now underway and that the chain was taking “appropriate action.” Costa has stated that it has now updated its ice-handling guidelines and will be introducing new ice equipment storage. As for Starbucks, a representative said that are conducting an investigation into the validity of the claims.