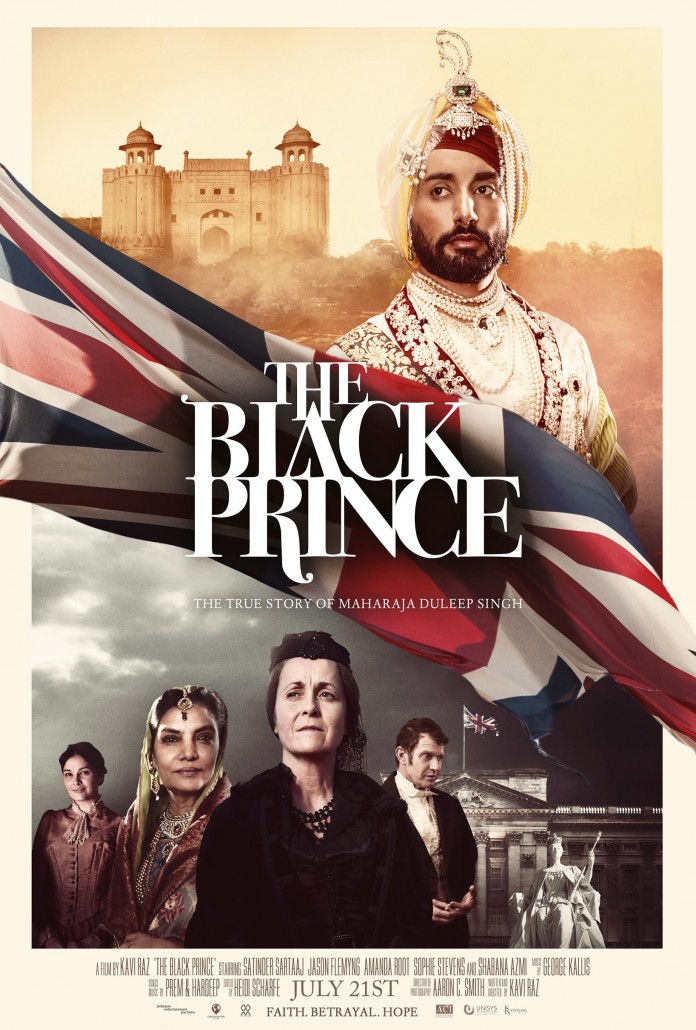 Produced by Brillstein Entertainment Partner’s (Academy Award winning film 12 Years A Slave), THE BLACK PRINCE, a period drama written and directed by Hollywood filmmaker Kavi Raz and filmed widely across the UK and India, carefully captures the tragic, yet fascinating true story and legacy of Maharajah Duleep Singh, providing a visual narrative of one of India’s most noble kings, and his fragile relationship with Queen Victoria, who was Godmother to his children.

After receiving an overwhelmingly positive response from film festivals and award committees around the world, THE BLACK PRINCE will be at the centre of several activities in Cannes to coincide with the 70th Cannes Film Festival, where Satinder Sartaaj and Jason Flemyng will grace the official Red Carpet.

In anticipation of its worldwide release, THE BLACK PRINCE has already won several awards including the award for Best Drama Feature at the LA Film Awards, the Special Jury Remi Award at the 50th Annual WorldFest International Film Festival in Houston, and the Best Male Debut Award for lead actor Satinder Sartaaj at the London Independent Film Festival.

Speaking about the film, Satinder Sartaaj said: “It has been heartening to see such a great response to the film around the world. Bringing THE BLACK PRINCE to Cannes alongside so many other incredible films is an exciting prospect and I hope it will help carry the story of one of the greatest kings of all time to audiences globally.”

Jason Flemyng said: ”It’s not often you get the chance to tell a story like that of Maharaja Duleep Singh’s, and so being a part of this film was a fantastic opportunity. Seeing THE BLACK PRINCE collect awards in festivals around the world is indeed a very promising sign that we’ve made something that really resonates, and hopefully the audience at Cannes will agree too.”

As the last King of Punjab, THE BLACK PRINCE chronicles Maharajah Duleep Singh’s lifelong struggle and daring journey of self-discovery to reclaim his identity, his faith, and the Kingdom that was rightfully his. This ultimately leads him to meeting his mother after 13 years of her being in exile. THE BLACK PRINCE spotlights Queen Victoria’s cordial relationship with Maharajah Duleep Singh, as he begins adjusting and embracing the English culture he was drawn to at the age of 15. The film also sheds light into his upbringing as an aristocrat in the UK who converts to Christianity under the influence of his foster parents, but later longs to return to his Kingdom, mother and roots. His character, as it evolves, is torn between two contrasting cultures – his royal ancestry from the Kingdom of Punjab as its last King, set against his upbringing in the UK as he embarks in a new journey of exile, away from his mother.

THE BLACK PRINCE is also poised to create a wave of intrigue in India and the UK as the story touches upon the historically significant and priceless Kohinoor diamond, which was purportedly gifted by a young 13-year-old Maharajah Duleep Singh to Queen Victoria in a ceremony held in 1850, at Buckingham Palace, London.

The Black Prince releases internationally in cinemas on 21st July 2017.