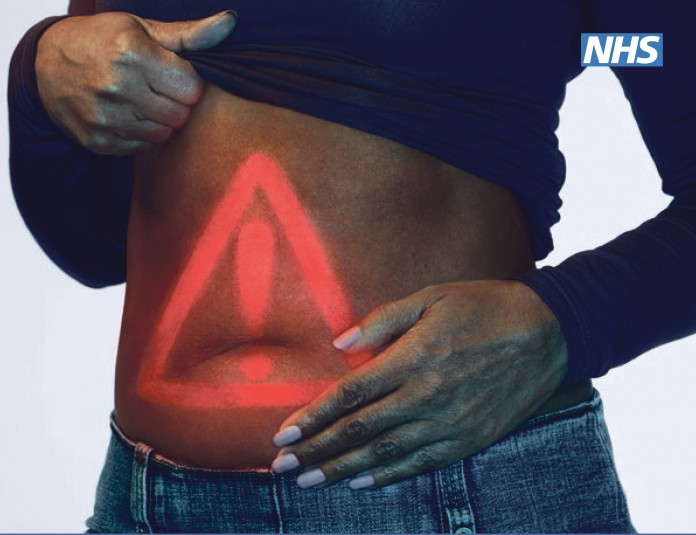 Don’t ignore the warning signs: New campaign in the Midlands aims to drive awareness of persistent tummy troubles as possible signs of cancer

In the Midlands around 55,800 people are diagnosed with cancer each year and around 26,100 die of the disease
Key findings from a new regional survey reveal that few people would see their GP if they had persistent tummy troubles – a potential sign of cancer
The campaign is supported by local celebrities Nitin Ganatra, Sameena Ali, Manish Bhasin and Noreen Khan

Public Health England has launched a new Be Clear on Cancer campaign in the Midlands to raise awareness that tummy troubles lasting for three weeks or more could be a sign of cancer. In the Midlands around 55,800 people are diagnosed with cancer each year and around 26,100 die of the disease.

The campaign, which is being supported by local celebrities Nitin Ganatra, Sameena Ali, Manish Bhasin and Noreen Khan, encourages people suffering from symptoms such as persistent diarrhoea, bloating or discomfort in the tummy area to see their doctor. These can be signs of a number of cancers, including bowel, ovarian or pancreatic.

Around nine in 10 cases of cancer are diagnosed in people aged 50 or over. A recent survey shows that only one in six (16%) over 50s in the Midlands would see their GP if they felt bloated for more than three weeks and only one in four (24%) would go to the GP if they had experienced discomfort in the tummy area for over three weeks.3

Furthermore, the survey found many residents are concerned that they would be wasting their GP’s time if they went to see them about such problems.

“Cancer mainly affects older people, with around 90% of cases diagnosed in the over 50s, so this campaign is aimed particularly at these people, to encourage them to see their doctor if they have tummy troubles such as diarrhoea, bloating, constipation, nausea, discomfort in the tummy area, or blood in poo for three weeks or more. People should also see their doctor if they notice any other unusual changes, like a lump in the tummy area, post-menopausal bleeding, or unexplained weight lost. It may be nothing serious, but if it is cancer, finding it early makes it more treatable.

Former Eastenders star, Nitin Ganatra from the Midlands, said: “I’m so pleased to be supporting the Be Clear on Cancer campaign that has come to this area. Cancer is still not openly discussed in the Asian community and this can cause a delay in going to see the GP so I am keen to raise awareness. Knowing the signs and symptoms of cancer, including the tummy troubles covered by this campaign, could save your life and going to see your GP if you are experiencing them is imperative. If cancer is found at an early stage, it is more likely that it can be treated successfully.”

ITV Presenter who lives in the Midlands, Sameena Ali said: “I’m glad this campaign is launching in the area. I never realised that tummy troubles such as diarrhoea, bloating or discomfort in the tummy area, for three weeks or more could be signs of cancer so am keen to raise awareness in my community so others know what to look out for. Being bloated or having diarrhoea isn’t something we usually discuss with others, and it’s also something we often dismiss or ignore, but don’t be embarrassed or shy about it. Breaking down the barriers of embarrassment could save lives. Tell your doctor if you have any concerns, your doctor will want to see you.”