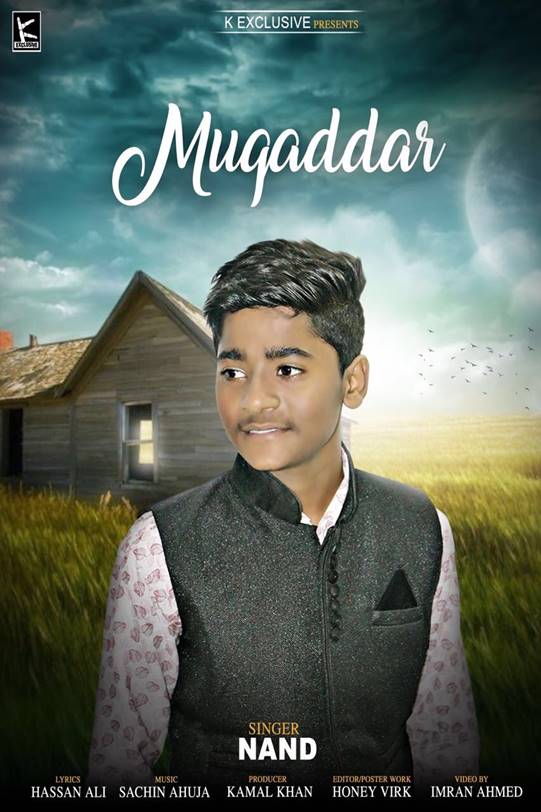 K Exclusive presents the winner of Voice of Punjab Chota Champ, Season 3 Nand with his debut single Muqaddar out now.

As promised on the show by Kamal Khan and Sachin Ahuja to promote him and help him release his debut track they have fulfilled their promise, with the help of London based PR company Sahdev Media they have launched an international PR campaign to promote the song and young talent. The lyrics of the song are written by Hassan Ali, Music by Sachin Ahuja and Producer/Financer is Kamal Khan.. Video by Imran Ahmed. This track is released under the label of Kamal Khan’s K Exclusive. The seniors are looking forward for the support of fans and music industry who have supported Nand through his musical journey.

The artist that won thousands of hearts across the world is now set to take on his singing career with the help of the best musicians and companies worldwide who have simply supported him because of his talent.