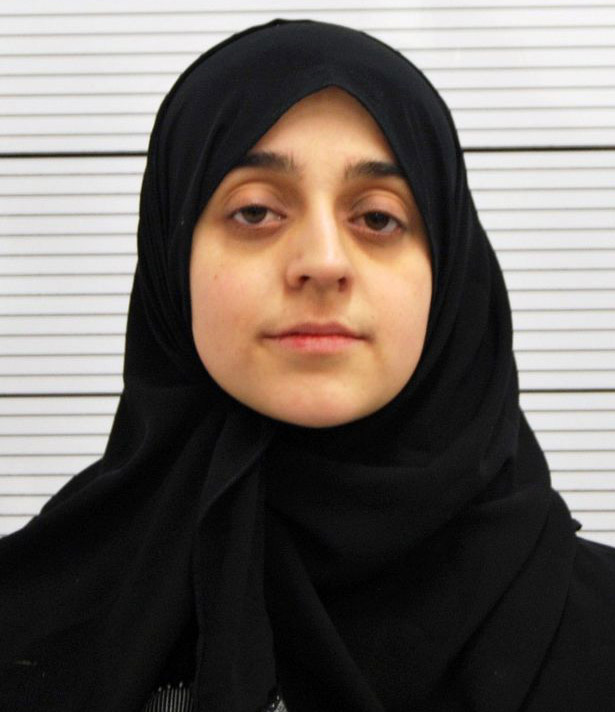 Tareena Shakil, 26 a Sparkbrook mum has become the first British woman who has returned from Syria to be convicted with the offence of taking her toddler son to syria to join Islamic State.

On her return to the UK she was questioned by police, she denied becoming a member of the terror group Isis but admitted travelling to Syria.

Shakil, of Beechfield Road in Sparkbrook, Birmingham, told friends and family she was going on a beach holiday to Turkey, but secretly crossed the border to Syria.

Shakil was also accused of encouraging terrorism through Twitter posts before going to Syria in October 2014, she also denied this.

During the two week trial at Birmingham Crown Court she denied the charges, stating that she wanted to live under the rule od Sharia law in Syria. 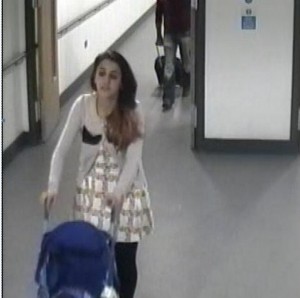 The Jury did not believe any of this after being presented pictures, messages and photographs including images of the black flag of Isis. Some of the content called on people to “take up arms” and her wish to become a “Martyr”.

The Unanimous decision of ‘Guilty’ by the six male and 6 female jurors took nine hours and 35 minutes.

When the verdict was read out by the judge Melbourne Inman QC, Shakil looked stunned. She was also told she would be sentenced on Monday.

Shakil had claimed she could no longer remain in a damaged relationship with her estranged husband, it would “lead me to hell” she feared “eternal damnation” if she did not make the journey to Syria to live under Sharia law.

Whilst living under IS rule in mid December 2014 she told her father in a WhatsApp conversation “I want to die here a martyr”. She claimed that she was forced to send these messages by female Islamic State minders.

Jurors where also told that before Shakil went to Syria she was in conversation with a prominent IS member Fabio Pocas.

She was also in touch with Sally Jones, the widow of Jihadi Junaid Hussain, who was also from Birmingham and was killed in a drone strike in Syria last year.

Her radicalisation had further culminated as she searched for videos of Anwar Al Awlaki, an Al-Qaeda extremist who was killed in a US drone in Yemen 2011.

She also changed her Facebook status with a picture of the black flag of IS to read: “If you don’t like the current events in Sham (Syria) take to arms and not the keyboard”

Her defence barrister claimed she was “vulnerable” to IS targeted recruitment over the internet, sighting the breakdown of her marriage and also stating that this did not make her a member.

While in Syria, Shakil admitted posing her son in black balaclava branded with IS logo, further pictures found on her phone of her with an AK47 assault rifle, holding a gun and wearing an IS balaclava and picture of her in a full length black niqab carrying her child standing next to an IS flag. 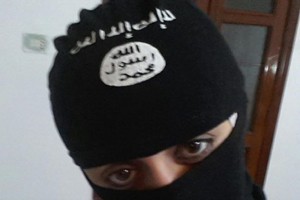 In another message to her father she said “I accidentally shot a hole in someone’s front door today”, later denying this was true in court.

Before crossing to Syria she had a conversation with her brother saying: “we will meet again either here, or heaven”.

Three weeks before her escape and in reply to her father’s pleas for her to return, she said: “I can leave but I don’t want to I want to die here as a martyr. There are too many blessings dying as a martyr”.

She told Jurors she has “made a mistake” and escaped IS territory.