Tributes Have Been Paid To Sparkbrook Teacher Via Social Media 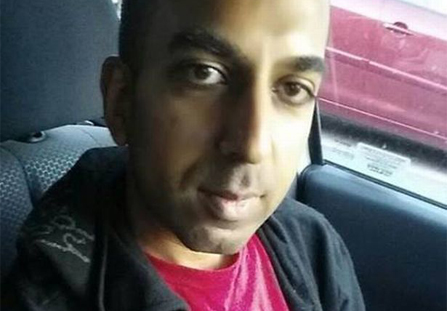 A Sparkbrook teacher who lost his fight against cancer after a last ditch attempt to beat cancer via a cannabis oil treatment resulted in failure has had tributes paid to him via social media.


Shokat Ali flew to America in August to receive care currently unavailable in the UK after being told by doctors in June of this year that he had only a few months left to live.


The 36-year-old was diagnosed three years ago with a rare form of cancer called monophasic synovial sarcoma and underwent surgery and radiotherapy in Britain to tackle the cancer. Despite the efforts of the medics, his illness proved terminal.


Shokat was due to remain in the United States until December and had initially shown improvement due to the treatment he received in the States. However, within a few weeks, his health deteriorated and, due primarily to the altitude in mountainous Colorado, he developed a difficulty in breathing.


Approximately £30,000 was originally raised to help care for Shokat and fund his trip and treatment in America. Further financial support was required to fulfil Shokat’s last wish to return home to Birmingham in order to spend his final days with his loved ones.


He passed away with his mother, brother, two sisters and friends by his side at Birmingham’s Queen Elizabeth Hospital.


The Facebook page set up to raise awareness for Shokat’s condition titled ‘Shokat’s Journey’ was inundated with tributes and condolences after the announcement was made of Shokat’s passing.


“Please pray for his soul to be elevated the highest rank in Jannah. Ameen.”


Kevin Garner posted on the site after hearing the news: “Our condolences from America.


“Brother Shokat will be missed.


“We are glad we got the chance to spend so much time with you over the last month.


“God bless you and thanks for teaching me to love more.”


Nazia Riaz posted: “This brother suffered a lot but still stayed strong throughout.


“This is so heartbreaking I cannot explain.


“He really was one in a million, still can’t believe it.”