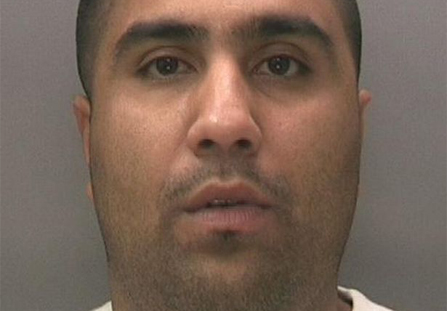 A prospective Birmingham pizza delivery driver is facing jail after speeding through four red traffic lights in an attempt to impress bosses into offering him a job.


However, in an unexpected turn of events for 27-year-old Rizwan Tasib, not only did he lose his job through his reckless actions but also resigned his liberty.


The Stechford Lane, Ward End, resident faces a jail term of 15 months for his actions.


He has also been banned from driving for five years due to his previous admission of aggravated vehicle taking, driving while disqualified and possessing drugs.


Tasiqb, who was branded a ‘menace on the road’ and a ‘death waiting to happen’ by the presiding judge, had been followed along Bromford Road by an off duty police officer.


Patrick Sullivan, prosecuting, said that at one particular junction two vehicles avoided an “inevitable collision” with the defendant’s car by taking evasive action before the pizza delivery driver stopped at a pizza shop.


“He pulled up outside a pizza take away and got out. He was a pizza delivery man, he had a pizza bag in his hand,’’ Mr Sullivan said.


“The officer approached him and the defendant seemed quite calm. He said he had to pass on some money to the owners, presumably the money for the pizza he had delivered before the officer saw him.”


Mr Sullivan said that the defendant informed officers that he had a cocaine problem, after cocaine was found hidden on his person, and he admitted to spending £100 a week on the drug.


Rashad Mohammed, defending, said: “It seems that the pizza shop had offered him a part time job. They had asked him to demonstrate his speediness. It may have been a reason why he was acting in the way that he was on this particular day.”


He said that Tasib, who worked with Jaguar Land Rover as a sub contractor, had been driving just above the speed limit and that his actions had not resulted in any collisions occurring.


Birmingham Crown Court also heard that Tasif had been driving his father’s car at the time and claimed he feared the pursuing police officer was someone who intended to assault him.


Recorder Stephen Lowne said: “You rode your luck on more than one occasion that night, going across two very busy junctions at notorious accident black spots, where whatever time of the day or night, there are people crossing.


“You had no regard for traffic signals. You drove through four traffic lights that were clearly on red, and a fifth where it was changing from red to amber.


“There was no slowing down. You undertook other vehicles. You had drugs in the car. The officer noted that your eyes were dilated.


“We now know that was because Class A drugs were in your system. These are most serious offences significantly aggravated by your antecedent history. In short you are a menace on the road. You are a death waiting to happen.”