Row Led Passenger To Be Stabbed Five Times By Gang 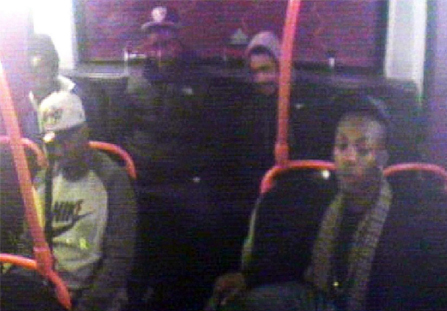 Detectives have issued images of suspects wanted in connection to a stabbing which took place on a Number 94 bus.


The incident, which took place at 9.30pm, left the victim, a fellow bus passenger, with a punctured lung after being stabbed repeatedly in a row over an open window on the bus.


The 36-year-old victim, who was knifed five times by the gang as he attempted to leave the Number 94 at Saltley Gate, in Washwood Heath Road, only survived the attack because he was wearing a thick coat.


CCTV images of the five cap-wearing suspects have been released by West Midlands Police. 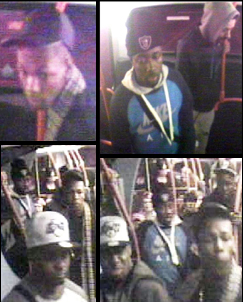 A relative of the victim, who wished to remain anonymous, has said that the victim was still recovering in hospital following stab wounds to his chest, leg and stomach.


He said: “The doctors have said that he is very lucky to be alive and probably only survived because he was wearing a thick coat.


“It’s unbelievable that all this happened because he opened a window.


“He opened it, they told him to close it, and then came over and closed it for him before they started hurling abuse at him.


“He decided to avoid confrontation and tried instead to leave the bus three stops early, but they followed him. There was a small scuffle as he tried to get off, but he didn’t even realise that he had been stabbed.


“They ran to the opposite side of the road and caught a Number 94 heading back towards the city centre.


“He only realised he had been stabbed because he was struggling to breathe and then he saw the blood pouring down his leg.


“His only concern has been to get home so that he could get to work on Monday morning. He has just started a new job with Jaguar Land Rover and he doesn’t want to lose his job.”


He added: “He was planning to get a taxi, but he didn’t want to wait and he often caught that bus. It’s really important that people know this has happened.


“We also hope that anybody who saw it happen will come forward and speak to the police. He is obviously still in a lot of pain, but he is very lucky to be alive. The police have told us that they are getting CCTV from the buses.”


Detective Constable Paul Broome said: ”Initial inquiries suggest that there had been a dispute on the upper deck which then spilt downstairs.”


DC Broome said anyone who recognised the men in the images should call 101, or Crimestoppers charity anonymously on 0800 555 111.