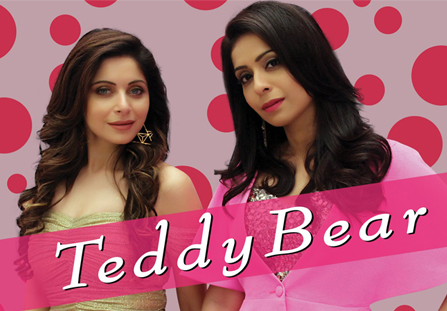 After crooning back to back super hit songs in Bollywood films, Kanika Kapoor launched her first single ‘The Teddy Bear song’ in the presence of crème of Mumbai on Wednesday. The guest list included the likes of Amitabh Bachchan Mukesh & Nita Ambani, Dimple Kapadia and Twinkle Khanna among others.


As the video depicts, it’s not the regular run of the mill song! It was created to bring alive the madness of the Indian wedding, in a collaborative effort with author Sakshi Salve (daughter of lawyer Harish Salve) who launched her book The Big Indian Wedding.


Through the peppy, foot tapping number, Kanika accentuates the book’s anecdotes and the larger than life mood of an Indian wedding. Salve and Bigg Boss 8 winner Gautam Gulati feature in the video as the bride and the groom.


After an exciting launch she said: “This song is a unique experience of bringing a book alive through a song and a video. The Indian wedding is known to be one of the most distinctive ceremonial celebrations in the world for its element of colour, fun and dance – I hope my song will entertain many brides and grooms on their big day!”


“The book is an ultimate compendium to the Indian marriage adventure, melded with quirky illustrations and my own imagination,” says Sakshi Salve.