On Taking Anita & Me to Stage 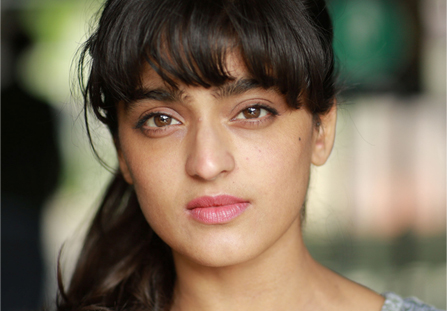 Meera Syal’s much loved novel bursts onto the stage for the first time. The poignant coming-of-age tale follows Meena, the irreverent teenager daughter of the only Punjabi family in the mining village of Tollington. When she becomes friends with the impossibly feisty Anita, she thinks she’s found her soul mate but her world is turned upside down and she finds herself caught between two cultures. The stage show will be debuting at Birmingham’s REP theatre on October 9th and starts Mandeep Dhillon and Ameet Chana among others. Mandeep sat down with DesiXpress to talk about the upcoming play.


I went to the audition, which my agent sent me to, after that I was sent to another audition. I then received a call which confirmed my part.

2. How does it feel to be chosen for the role for such a prestigious production?

3. Anita & Me is a very well known production. Have you read the book and what is your favourite part?


No, I haven’t read the book, but I have watched the movie. My favourite part is when she is dancing in front of her family and she swears! That bit always sticks out for me so when it comes to theatre production we will have to be careful!

4. What should audiences be looking out for?


I want them to come away from the play knowing that it’s completely fine to find yourself and to have those questions of how it is growing up. I think everyone will be able to relate to it because being Asian sometimes you are leading a double life and ask yourself ‘who am I.’


5. What do you think about the script and when do rehearsals start?


I think the script is funny. I loved it and I love the character! Meena is ‘out there’ so it is going to be really fun to play. We start rehearsals on 8th September.

6. You’re coming straight off television to theatre, do you feel nervous?


I love both TV and theatre for different reasons. I think with theatre I love the rehearsal period. With TV you probably get a week of rehearsal for a six-episode-sitcom. For this it is weeks of rehearsals. I love finding what lines really mean. But obviously with different audiences as well it is going to be interesting to get that energy on stage.

7. How is your chemistry with the rest of the cast?


It’s brilliant! We had a workshop and we’ve had two days of learning songs. That was where we met the cast and they were so lovely!

8. Have you met Meera Syal yet?


No! I haven’t. But I do meet her soon. When I was younger I used to watch her on Goodness Gracious Me. I have also been a fan of her work and a fan of her just as a woman. Just to have a conversation with her is going to be lovely. To have her at the show is going to be amazing. I am actually playing her because the book is actually based on her which is going to be really interesting.

9. You’ve played a lot of comedy roles. Is that what you are most comfortable with?


I am very comfortable with comedy roles because I have done a lot of them. But I think once you have mastered comedy roles, serious roles and in-depth roles become more easier. I have not found comedy roles difficult though.