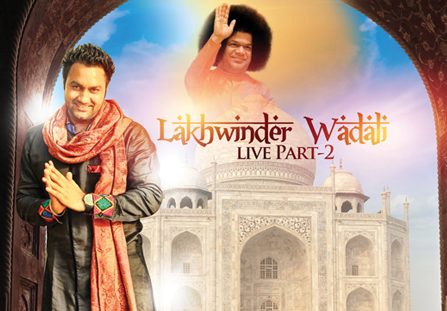 Belonging to famous Wadali family and Patiala household, Lakhwinder Wadali has become known in the Punjabi music industry by his own right. His style of singing is unique and his fine blend of classical and contemporary music brings freshness to Punjabi music. Alaps and Taans are the vital aspects of his music. He holds his audience spellbound with his lyrical flow of Punjabi music. Trained extensively in the art of singing under the tutorship of his father Padamshree Ustad Puran Chand Wadali and his Uncle Ustad Piyare Lal Wadali.


DesiXpress caught up with Punjabi Sufi singer, superstar and writer, Lakwinder Wadali as he stops in the UK for a nationwide tour.

Tell me about the tour. How did it come about?


I have a friend, Harpreet Kaur who works within the business industry. He spoke to me and asked if I was interested in a UK tour. I asked him details of previous shows and so just like that the UK tour came about. We have had sold out shows, starting from London – where we had to turn people away because we didn’t have the capacity.

Your father was a musician. Was that the obvious choice for you and was there any additional expectation?


No. There was never any extra added pressure. My family background is very strong within the Sufi music genre. It’s the forth generation for myself. It wasn’t forced upon me. I was more interested in playing cricket actually.

Could you venture into movies?


(Laughs!) No, I don’t have any plans at the moment. If it happens then it happens. But don’t go spreading rumours to your readers that I can act!