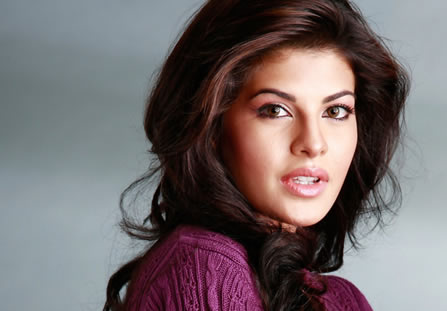 Bollywood beauty Jacqueline Fernandez stars in the much-awaited sports drama, Brothers, an official remake of Hollywood film Warrior.
Released by Fox Star Studios worldwide, the high-octane family drama also stars international icon Akshay Kumar along with Sidharth Malhotra (Ek Villain), and Jackie Shroff(Dhoom 3) in pivotal roles.
Directed by trailblazer Karan Malhotra (Agneepath), known for extracting inspiring performances from his actors and sending his audiences on an emotional, cathartic journey, Brothers has been produced by renowned filmmaker Karan Johar, under his Dharma Productions banner, along with Lionsgate Films and Endemol India
Brothers is the story of a broken family, set in the world of mixed martial arts and underground street fighting. Akshay Kumar plays the role of Sidharth Malhotra’s elder brother; both siblings are martial arts fighters locked in a fierce rivalry for victory in the ring.
Speaking to Bollywood reporter Sunny Malik, Fernandez talked about the film, her movie choices and playing a mother on-screen for the first time.
Your career changed drastically after starring in Kick last year. How has it been?

So you will be filming in London for Housefull 3 again…

Everyone wants to work with Dharma Productions. How did you feel when you were offered Brothers?

Were you slightly conscious that you will not be seen in make-up on-screen?

Do you think not having to worry about these factors brought out a better performance?

Who offered you the film? Karan Johar or Karan Malhotra?

Were you worried that playing an on-screen mother would not go well with your image?

Brothers is the first film to release by 20th Century Fox through the Fox Star India and Dharma Productions partnership. Do you feel this film can reach a wide international audience because it’s a Hollywood remake?


I was very aware of it. I even contemplated doing the film. I didn’t know whether I wanted to play a Mom at this stage in my career. Even when I started the movie, I was still a little bit apprehensive and not sure. But then it was all about how convincing the audience that I can also be a mother on-screen. I don’t know how that can go against me. When I go and start my movie with Tiger Shroff next, I should still be as convincing in whatever I portray in that film.It was Karan Johar who came to me with Brothers.I don’t think that styling, clothes and make-up should come in the way of your performance. You should be able to look your best and yet give your best performance. Sadly, what happens is that you get so involved in these things for some roles that they become your priority more than your performance. This time it was different and a little bit weird for me. I wanted to look at myself first before some takes and I was told to not worry and just give the shot (laughs). It was amazing because I felt myself that I was giving a real performance and nothing else mattered.Yes, I was but it was also a relief. In films like Dishoom which I am working with John and Varun, I know that I have to look my best. In Brothers it wasn’t about that at all.  It was purely about my performance. It was a relief that I didn’t have to worry about how I was looking, my make-up, clothes or my styling. It was a completely new experience for me.I was ecstatic. I have always wanted to work with Dharma Productions. This film and my role is a bit unconventional for me because I have been previously only seen on-screen in glamorous roles. This was different and I was honestly surprised that I was even offered such a film. I am so glad that I did do the film because I was in very good hands.Yes, it’s very exciting and I can’t wait.It has been great. Last time we spoke, I had just finished Kick and was starting Bangistan. I also finished Roy with Ranbir Kapoor and Brothers. I have also started Rohit Dhawan’s movie with John Abraham and Varun Dhawan. I will also be filming Remo’s next directorial also starring Tiger Shroff. I will now be starting Housefull 3 shortly.


I hope so. The story of the film can connect with people from any nationality, region or religion. Everyone can relate to the storyline. I do hope that people come and see it because I don’t think what they will see in Brothers is something that they would expect from a Hindi audience per say.