A Summer Which Will Change Everything 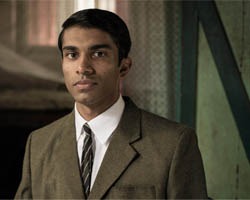 It’s the summer of 1932. India dreams of independence, but the British are clinging to power. In the foothills of the Himalayas stands Simla; a little England where the British power-brokers of this nation are posted to govern during the warmer months.

Set against the sweeping grandeur of the Himalayas and tea plantations of Northern India, Indian Summers tells the rich and explosive story of the decline of the British Empire and the birth of modern India. Revealing a tangled web of passions, rivalries and clashes that define the lives of those brought together in the shadow of the mountains, this is a summer which will change everything. 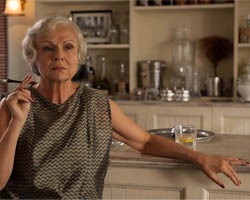 On why she chose the drama, Julie Walters commented, “I read the scripts and thought, this is seriously interesting. I loved Cynthia and I was intrigued by her relationship with this young man, Ralph [Whelan, played by Henry Lloyd-Hughes]. And they had Anand Tucker to direct… The whole thing was very attractive.” 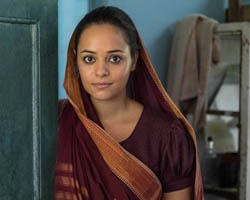 Whilst newcomer, Aysha Kala said she was excited about working in the production. “I was more excited than daunted. It was great to have such a gutsy, ballsy female character to play, especially because I don’t think this story in history is told very often. It’s nice to have it seen through the eyes of a young female. A lot of characters are fiery, but Sooni has this need to fight for home rule without knowing what to do with it. She wants to do something, but isn’t sure what, which I think a lot of people can relate to.”