Home Uncategorised Samira Ali All Set to Star In bPositive

The film is about a love triangle with an interesting twist 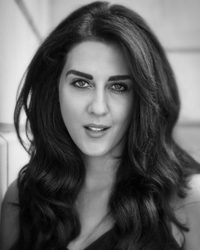 Welsh actress Samira Mohamed Ali has embarked on a journey half way across the world to star as lead heroine in a new Bollywood movie bPositive. Samira, currently the UK Ambassador for BritWeek Miami, FilmInWales and UK ambassador for Children’s Charity Cerebra, is currently embarking on an intense two-week shoot for the picture.

Samira has just finished a week’s filming in Goa and has just travelled to Bangalore to finish the filming and a full week of press conferences.

Samira’s ambition is to work with Bollywood’s megastar Amitabh Bachchan who was recently seen in the Great Gatsby. In the Indian Times, Samira said, ‘”Amongst Indian actors, Amitabh Bachchan is my favorite. He is just incredible. In Dubai, I grew up watching his movies. It would be a dream to work with him.”

Samira will play lead heroine Nina, and the Venkatesh Kumer film is about a love triangle with an interesting twist that cannot be revealed at present. In an interview Samira said, “I am very excited to be part of this Bollywood movie, it is great to be back in India and such a privilege to be working with an amazing team.” 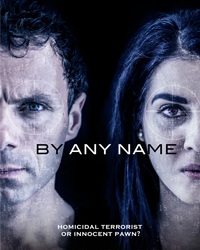 Samira has just finished filming and producing the British action thriller ‘By Any Name’ with Tanabi Films where she played the lead role of Dr Elizabeth Santer. She then few straight to Goa, India and met with Goa’s Chief Minister and over 80 press and media journalists. Born to an Arab-Portuguese parents, the actress feels that she can relate to Indian culture.

Whilst in India Samira will visit an orphanage in Belgum and will be the first British Actress to ever do so. As UK ambassador for Cerebra, it is a very important issue that is close to her heart. Samira was the first ever Westerner to be cast as a lead role in the Southern India Film Industry in 2013. bPositive is set for release in 5 languages in theatres in the UK and throughout Asia and the Middle East from January 2015.