Home News And the nominees for the Brit Asia TV Music Awards Are..

The most exciting names in the Asian music industry joined forces for the hotly anticipated announcement of the nominees for this year’s Brit Asia TV Music Awards.
With over 300 VIP artists and guests under one roof at the Edgbaston Cricket Ground- this year’s nominations party did not disappoint! Once again, it gave us a little taster of what is to come with the Awards Ceremony and how there is no other event of its kind.
Established as the biggest and most credible event in the British Asian music calendar, the star studded nominations party saw names from the Brit Asia TV Music Awards past and present arrive to hear this year’s shortlist before opening to the public vote. It will now be down to the fans again to decide who walks away with the iconic Brit Asia TV Music Award in October, with the shortlist categories now open to the public by texting code 83149 plus the artist number.
Never in its 5 year history has such fierce competition been witnessed among Brit Asia TV music talent. A glimpse into this year’s nominees includes top artists Bambi, Raxstar, Satinder Sartaaj and Diljit Dosanjh. These have all been shortlisted by fans via the open voting system- A showcase of exciting and varied talent.
In the Best Newcomer category is brothers-duo Bloodline, who are also nominated under the Best ‘Asian Music’ Producer category.
Believing that success is reliant on determination as opposed to destiny, their personal motto seems to be: “tough times don’t last, but tough people do”. This theme, grounded in the belief in the survival of the fittest, has also permeated into their music and their album “Evolution” is nominated for “Best Album”. Well, we’ll just have to see how well their hard work and determination has paid off and if they’ll survive the first stage of the nomination process.
Making work quite tough for Bloodline are rival nominees Birmingham’s bhangra boy band B21 who, with their comeback album 12B, are shortlisted for both the Best ‘Asian Music’ Producer and Best Album categories.
B21 seem to have done really well with their comeback album and, returning with the quintessentially infectious B21 sound, the artist’s debut single “Dil Tharkeh” from the album sees them also shortlisted in the Best Music Video category.
In the Best International Act category, fresh from her endeavours in the acting world, is the ever-beautiful and ever-prolific bhangra queen, Miss Pooja, who has lost out on the Best Female Act category to nominees Kanika Kapoor, Tasha Tah, Sona Walia, Sazia Judge and Bambi.
Competing in both Best Urban Asian Act and Best Urban Single categories are Tazzz, Roach Killa, Raxtar and Apache Indian, with Tazzz also being shortlisted for Best ‘Non-Asian Music’ Producer.
Tickets for this extraordinary event are on sale now, giving fans the chance to be there as winners are revealed. Individual ticket prices range from £35 upwards, with VIP tables seating 10 also available at £1,500. Tickets are available at www.theticketfactory.com or www.chillitickets.com For VIP tables please contact events@britasia.tv or 0121 260 0009.
“This year’s Brit Asia TV Music Awards will be even bigger and better,” says proud Brit Asia TV CEO- Jaz Bal.
“The Brit Asia TV Music Awards are now in their fifth year, which is a huge achievement and we have some truly incredible artists on the shortlist for this year’s event. Our aim has always been to give a platform and voice to emerging and established artists; we celebrate the contribution made from these artists all year round. We are really proud of the nominees and wish them all the best. We look forward to seeing you all at the NIA in Birmingham on October 4th to witness an amazing awards night.”
The nominations come to head on the 4th October at the Brit Asia TV Music Awards, which will return to Birmingham’s prestigious National Indoor Arena. With the eagerly anticipated line up and headline act announcement in September, there is no doubt that this year’s awards are set to make more noise than ever.
Get voting for your favourite artist! Voting starts today, Friday 29th August.
Text the code BATV plus the number of your chosen artists to 83149. Texts charged at £1 plus your standard network rate.
Brit Asia TV Music Awards Category Nominees
Best Newcomer:
Bloodline – BATV 1 01 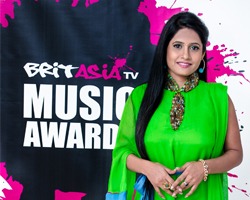 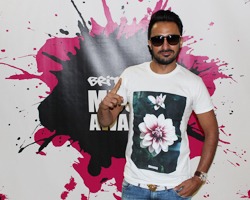 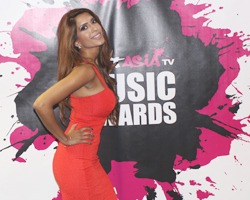 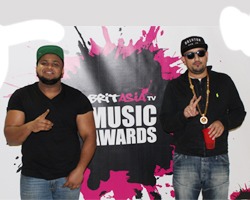