First 200 fans will get free copy of single 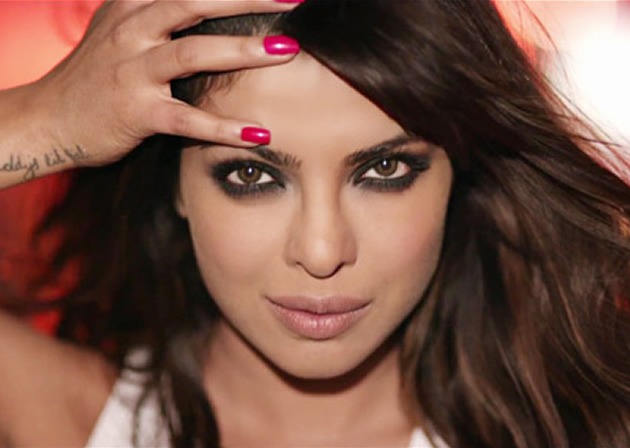 GUESS is giving Priyanka Chopra fans a chance to meet the actor-turned-singer at their Regent Street store in London on 20th January 2014.

The world-famous artist will meet fans and sign autographs at the store from 5 pm – 6 pm.

The sultry superstar and GUESS brand ambassador will also give the press an exclusive sneak preview of her new single ‘I Can’t Make You Love Me’ at the GUESS store only.

The first 200 fans who arrive at the store will get a free remix download of Priyanka’s NFL theme song ‘In My City’ featuring will.I.am.

The Bollywood icon, former Miss World, actor and recording artist is one of the most recognised and celebrated talents in India and recently starred in the GUESS Holiday 2013 advertising campaign, guided by Paul Marciano, Creative Director for GUESS?, Inc., and shot by former GUESS collaborator and musician, Bryan Adams. The Bollywood icon was captured for her classic glamour in stunning black and white images.

The event also marks the launch of her UK promotions as a recording artist. Signed to Interscope Records and Desi Hits, Priyanka has earlier released two singles ‘In My City’ featuring will.I.am and ‘Exotic’ featuring Pitbull.

Priyanka Chopra’s debut album, produced by Red.One, will release in the UK and internationally through Island Records UK.

Talking to Bollywood Reporter Sunny Malik last year about promoting her music career in the UK, the Dostana actress said, “Interscope has a different strategy for the United Kingdom. Like they say, ‘save the best for last’ (laughs). Once we finish promotions in the United States, we will come to the UK with a different plan for my music.”