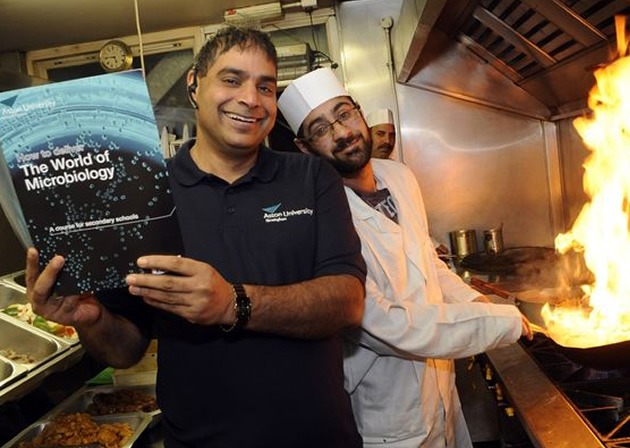 By day, Mohammed Ashraf works as a pioneering DNA scientist; however by night he works in his family run restaurant; Haweli.
After completing his degree at Aston University, Mohammed Ashraf, 44, stayed on to do a PhD; work which is helping scientists save both time and money.
He spent four years working on “efficient methods of randomising DNA, which would enable scientists to make more than one trillion variations of a natural protein for potential drugs or biotechnology use.”
Alongside research supervisor, Dr Anna Hine, he became the first student of PhD to “work on developing the technique and was a co-inventor on resulting patents.”
Mohammed Ashraf said, “A lot of people still remember me studying with my biology books on a table in the the restaurant.
“Doing scientific research and achieving my PhD was a lifelong ambition. I wanted to prove to myself I could do it, and I wanted to be able to call myself a ‘doctor’.


“But I never thought of becoming a full-time scientist. I love my business because of the people you meet – people who have become more than customers and are now good friends.

“I even made a poster of my research work and put it up on the wall of the restaurant. I’m proud of it.”