Nida Ul Naseer has been missing since December 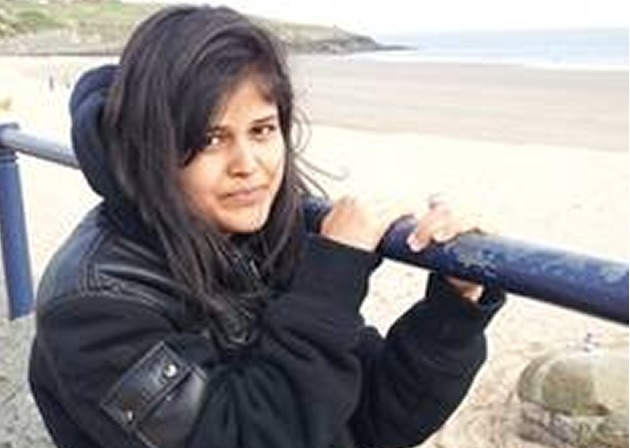 A week after 18-year-old Nida Ul-Naseer vanished while putting out the rubbish, her sister has appealed for anyone with information to come forward to help police with their search.
In a statement, Naila Anwar said: “We miss Nida desperately and want her to come home. We want her to know that she is not in trouble at all and we are worried that she could be unwell because of her condition.”
She added: “What is more worrying is that she has missed mum’s birthday which is extremely unlike her.”
18-year-old Nida was desperate to go to university and the family had rowed about it just before she went missing with no possessions, shoes, phone or coat after taking out the bins at home. Due to Nida’s family’s asylum-seeker status, it’s barred her from attending university.

“She wanted to go to university. It was not a dispute – she just wanted to go to university,” said Ms Naseer. “Because we are asylum seekers we are not allowed to go to university.
“She was angry about that. She was very sad, she was very angry about her future.”
Nida disappeared after putting a rubbish bag into a bin outside her home on Linton Street in Newport, South Wales, around 8pm on 28th December, sparking a major police search.
Assistant chief constable Paul Symes said: “We know that Nida went out that Saturday evening at about 8pm to take the bins out without her purse or telephone and didn’t return.”
Despite extensive enquiries including house to house, leaflet drops, cctv enquiries and local searches everyday since her disappearance Nida has not been located. A team of about 40 officers including search officers, neighbourhood officers and detectives continue to work on the investigation.
He added: “We have been working closely with Nida’s family, local agencies as well as the community, to ensure we have all the information we need about Nida in particular about her friends and lifestyle to give us as much opportunity as possible to take the investigation forward and locate her. To go missing is particularly out of character for Nida and that, as well as her medical condition, makes me very concerned for her welfare” In a handmade sign pinned to their wooden front door, the teenager’s family said: “Nida please come home. Don’t worry. We are all missing you.”
Neighbour Della Calbey, 67, who has lived on nearby Wallis Street for 40 years, said: “I have been away over Christmas, so I haven’t seen Nida recently, but I’ve often seen her in the neighbourhood and she looks like a lovely girl.”
She added: “I’ve lived here for a long time and I had always thought it was a safe neighbourhood. The most important thing is that they find her – I really hope they find her soon.”
The teenager, whose disappearance is said to be out of character, is also in need of medication, without which she is likely to become anaemic.
A spokesman for Gwent Police said: “To go missing is particularly out of character for Nida, and officers and her family are increasingly concerned for her welfare due to the fact that she hasn’t been in contact, especially over the New Year period.”
Nida is described as being of Asian-Pakistani appearance with long, dark hair. She is 5ft 3in tall and of slim build. When she was last seen on 28th December, she was wearing blue jeans and a black top.
Anyone with information should call 101 and quote log number 448 28/12/13 or call Crimestoppers anonymously on 0800 555 111.