Black and white coat bought in Pakistan was stolen 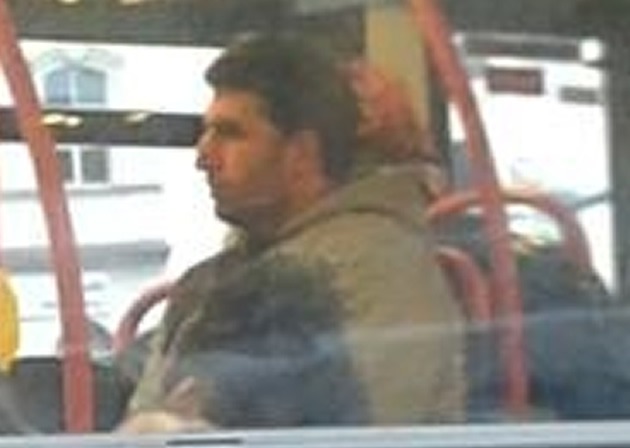 Two laptops and a coat were stolen after a break-in at a Birmingham student’s flat in Alum Rock in November last year – now police have released a picture of a man spotted on a local bus wearing the coat!
Officers were alerted to the break at Nansen Road which happened overnight on Friday 15 November. The 24-year-old occupant of the shared house found his door had been forced open and a check of his belongings revealed that two laptops, a black HP and a silver Samsung, had been taken containing valuable college work.
Also missing was a distinctive black and white coat, bought in Pakistan.
Detective Constable Lawrence Shannon from Stechford police station is investigating the theft. He said: “By chance the student spotted his coat being worn by a man who had stayed in one of the rooms of the house sometime previously.
“He quickly took a picture of him as he travelled on the bus and we are now asking for anyone who recognises the man to come forward to help us trace him.
“The landlord had no record of the man’s name after his brief stay, and, although we have made extensive enquiries in the area, we have been unable to identify him.”
Anyone who recognises the man should call DC Shannon on 101 or alternatively information can be given anonymously to Crimestoppers on 0800 555 111.