ID Will have to be Produced to Vote 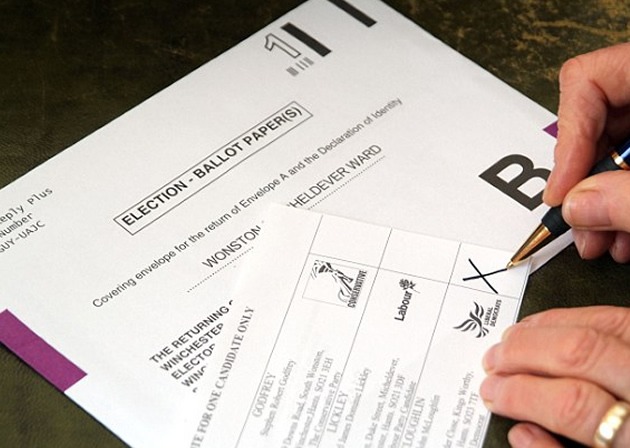 The United Kingdom Electoral Commission, in a move to “stamp out battle rigging and restore trust in the voting system” wants voters to start proving their identity before casting their voters.
The UK elections watchdog has launched a study after “concerns that some South Asian communities, notably those with roots in parts of Pakistan and Bangladesh, are particularly susceptible to electoral fraud.” According to the study there are a total of sixteen local authorities, within England alone, which are being identified as being at “greater risk of complaints of alleged vote rigging.”
A statement from the electoral commission said, “It is not acceptable to explain or excuse electoral fraud on the basis of actual or perceived differences in cultural approaches to democratic participation.” The commission has said that it was vital for both police forces and the electoral registration officers at those areas to “protect the integrity of the vote before the next set of local and European elections in May.”
The sixteen areas which were identified included Birmingham; which was the scene of the 2004 infamous vote rigging scandal. Other areas which were mentioned in the study include Blackburn, Bradford, Burnley, Calderdale, Coventry, Derby, Hyndburn, Kirklees, Oldham, Pendle, Peterborough, Slough, Tower Hamlets and Walsall.
Having rejected calls to restrict the access to postal voting which has been identified as the main reason for rigging, the commission has said it would rather strengthen the existing code of conduct “to ensure campaigners do not handle postal votes or voting application forms.”
However, the commission said that it would be a ‘mistake’ to jump to the assumption that the situation was only confined to the South Asian community.
“The evidence and views we have heard raise significant questions about whether individuals within these communities are able effectively to exercise their right to vote, and whether they are able to participate in elections on the same basis as other electors across the UK.
“All electors should be free to cast their votes in the way they wish. It is not acceptable to explain or excuse electoral fraud on the basis of actual or perceived differences in cultural approaches to democratic participation.
“We have begun further work to identify relevant evidence in order to help address concerns about the vulnerability of some South Asian communities, specifically those with roots in parts of Pakistan or Bangladesh, to electoral fraud.”
Electoral Commission chair Jenny Watson said: “Proven cases of electoral fraud are rare and when it is committed, the perpetrators tend to be candidates or their supporters.
“Voters are the victims and sustained action is needed now to prevent fraud from taking place. Although the introduction of individual electoral registration this year will tighten up the registration system more can and should be done.”
A Cabinet Office spokesman said: “We will consider the recommendations in this report carefully and respond in due course. We welcome the Electoral Commission’s finding that there is no widespread electoral fraud, but there is no room for complacency.
“That’s why we are ending the outdated system of household registration and introducing individual electoral registration. By requiring identification information such as date of birth and national insurance number, we can verify that everyone on the register is who they say they are.