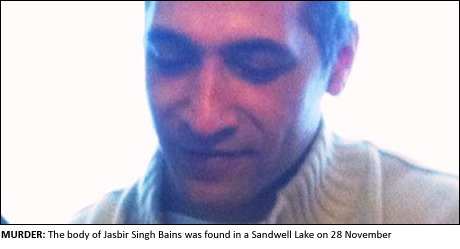 DETECTIVES are re-appealing for information after a body was pulled from a Sandwell lake.
Jasbir Singh Bains was discovered on the morning of Wednesday 28 November in the lake in Dartmouth Park.
Police have launched a murder inquiry after a post mortem revealed that the 41-year-old man died after his throat had been cut.
Detective Chief Inspector Wayne Jones, from the Major Investigation Review Team, is leading the inquiry and appeals for information from the public.
He said: “We are appealing to anyone who knew Jasbir to get in touch to help us build up a picture of his background and where he socialised.
“We know that he was last seen in the West Bromwich area, so we would like to hear from anyone who knew him to help us trace his movements in the hours leading up to his death.”
The area around the pool in Sandwell valley was cordoned off while specialist officers conducted a detailed search of the area. The cordon has since been lifted.
Meanwhile the family of Mr Bains have paid tribute to him.
Balwinder Singh Bains spoke about the cousin he grew up with. He said: “Jasbir was a nice caring individual, who never had a bad word to say about anybody.
“He will be greatly missed by his family and friends and we urge anyone with information about his death to contact police.”
Anyone with information is urged to contact Force CID at Harborne police station on 101, or call Crimestoppers anonymously on 0800 555 111.