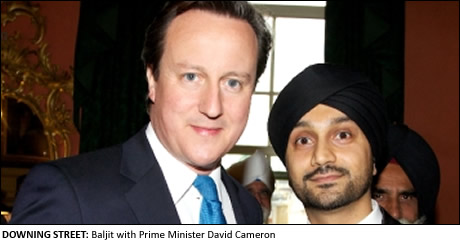 BRITISH Asian football agent Baljit Rihal rubbed shoulders with the Prime Minister as Downing Street celebrated the Sikh festival of Vaisakhi.
Baljit, also co-founder of the Asian Football Awards, was amongst a select list of prominent UK Sikhs invited by Prime Minister David Cameron to a Vaisakhi reception at 10 Downing Street.
Baljit earned his invitation by playing a prominent role in promoting young footballing talent from amongst the Asian community. By casting a light on the Asian communities participation with the sport, Baljit hopes to tackle the issues holding back many from reaching the top professional levels of the sport.
To this end Baljit co founded the Asian Football Awards, which this year held its inaugural awards ceremony at Wembley Stadium, with the full backing of the Football Association and its Chairman David Bernstein. He was also recognised for his long running involvement with Her Majesty’s Judiciary where he serves as a Magistrate.
“Vaisakhi is the one of the most important dates in the Sikh calendar and it’s very humbling that the Prime Minister hosted such an event at the UK’s seat of power,” Baljit told The Asian Today.
“It was a truly magnificent event, and to be involved in a reception with such high profile guests was both an honour and a privilege. I used this opportunity to talk about the projects I am involved with regarding Asians in Football. The Prime Minister mentioned that he had heard about The Asian Football Awards and was impressed that we had the support of The Football Association.”
In his address at the reception, The Prime Minister David Cameron said, “Sikhs number approximately 700,000 people in the UK, their representation in all aspects of British Society show that they punch well above their weight. “
Baljit’s current projects include planning for the 2013 Asian Football Awards as well as a number of projects around his Player Agency portfolio with Inventive Sports. 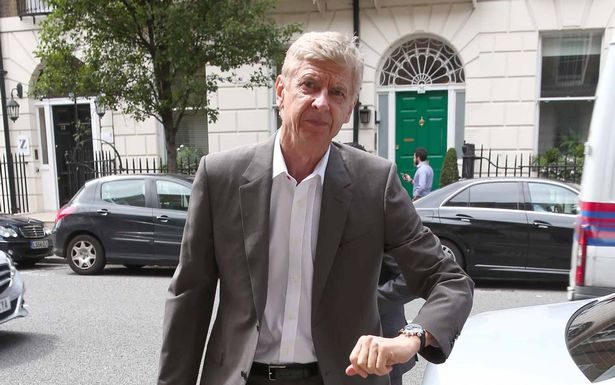 Birmingham Plan B in 7/7 terror plot

The Season of Harvest